The Doctor Didn’t Show Up, but the Hospital ER Still Charged $1,012 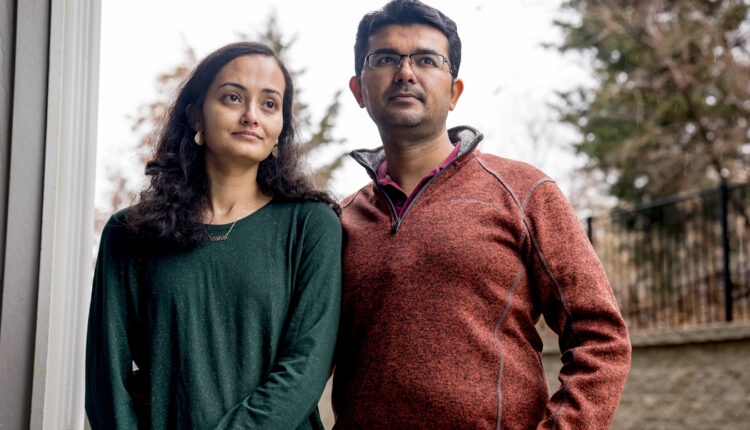 Dhaval Bhatt had been warned about hospital emergency rooms.

“People always told me to avoid the ER in America unless you are really dying,” said Bhatt, an immigrant from India who got a Ph.D. in pharmacology in the U.S. and is now a research scientist at Washington University in St. Louis.

But when Bhatt’s 2-year-old son burned his hand on the kitchen stove on a Wednesday morning in April, the family’s pediatrician directed them the next day to the local children’s hospital.

Bhatt was traveling. So, his wife, Mansi Bhatt, took their son to the hospital and was sent to the emergency room. A nurse took the toddler’s vitals and looked at the wound. She said a surgeon would inspect it more closely.

When the surgeon didn’t appear after more than an hour, Bhatt’s wife took her son home. The hospital told her to make a follow-up appointment with a doctor, which turned out to be unnecessary because the burn healed quickly.

Then the bill came.

The Patient: Martand Bhatt, a toddler covered by a UnitedHealthcare insurance plan provided by the employer of his father, Dhaval Bhatt.

Medical Service: An emergency room visit for a burn sustained when Martand touched an electric stove.

Total Bill: $1,012. UnitedHealthcare’s negotiated rate was $858.92, all of which the Bhatts were responsible for because their plan had a $3,000 deductible.

What Gives: Many patients don’t understand that they can rack up huge bills almost as soon as they walk through the doors of an ER.

Unlike a restaurant or a mechanic who won’t charge if someone gets tired of waiting for a table or an inspection of a rattling engine, hospital emergency rooms almost invariably charge patients as soon as they check in.

And once they register, patients will be billed — often a lot — whether treatment was rendered or not.

Martand Bhatt received almost no medical service. A nurse practitioner looked over the toddler, listened to his heart and stomach, and looked in his nose, mouth and ears, according to provider notes prepared by the hospital and shared with KHN by Bhatt.

Dhaval Bhatt plays Monopoly with his children, Hridaya (left) and Martand, at their home in St. Peters, Missouri. (Whitney Curtis for KHN)

The nurse didn’t change the dressing on the wound or order any testing.

“My objection to this is that there was no care provided,” Bhatt wrote to Bill of the Month.

“My wife did not drive for 45 minutes to get to an ER and wait for an additional 1½ hours for someone to tell me that our child’s vitals — weight, height, temperature and blood pressure — were OK,” Bhatt continued. “We already knew that. … It is absolutely ridiculous and unethical.”

When the Bhatts left the emergency room, Martand was “alert, active and well-appearing,” according to the notes.

The nurse’s assessment of Martand cost $192, which was discounted by UnitedHealthcare to a negotiated rate of $38.92. The bulk of the Bhatts’ bill — $820 — was something called a facility fee.

Hospital officials defend these fees as necessary to keep the emergency room open 24 hours a day as a community asset.

SSM Health spokesperson Stephanie Zoller Mueller declined to discuss the details of Martand’s medical condition even though the Bhatts gave their permission for the hospital to do so.

In an email, Zoller Mueller said the charges were “appropriate” based on the “acuity of condition, discharge instructions, vital sign monitoring, traumatic wound care (and) numerous assessments.”

She added: “A patient does not have to receive additional treatment — procedure, labs, x-rays, etc. — to validate an ED [emergency department] level charge.”

But some patient advocates say these facility fees are applied much too widely and should be limited to patients who actually receive medical care.

“It’s just not appropriate for someone to be charged if they’re not provided treatment,” said Adam Fox, deputy director of the Colorado Consumer Health Initiative. “Patients aren’t availing themselves of a facility if they don’t get care.”

At the very least, hospitals could communicate more clearly to patients about the fees they may be charged for coming to an emergency room, said Maureen Hensley-Quinn, senior program director at the National Academy for State Health Policy. 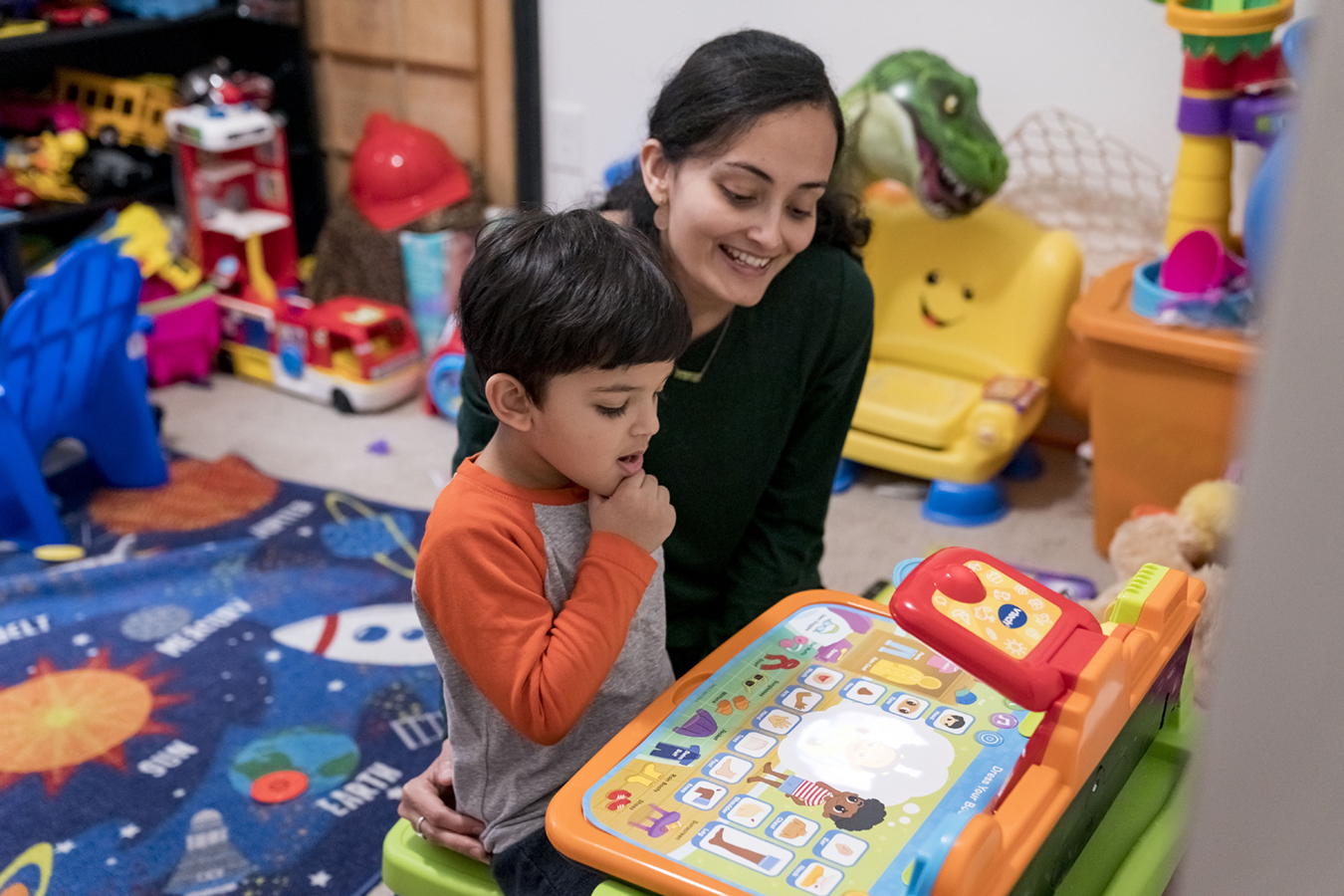 Mansi Bhatt plays with her son, Martand, at their home in St. Peters, Missouri. When she took Martand to an emergency room in April with a burned hand, she left after waiting more than an hour for a surgeon to see him. (Whitney Curtis for KHN)

“People should know that when they walk in to receive care, there is this fee that they will be assessed,” Hensley-Quinn said.

Hospitals could also post at the entrance to the ER standard fees for different levels of emergency care.

Bhatt’s fee still could have been lower if the hospital had classified his son’s injury as minor. But, again, the hospital billing process worked against the family … and in favor of the hospital’s bottom line.

Emergency visits are usually classified for billing on a scale from 1 to 5. Level 1 is minor and routine; Level 5 requires complex care for life-threatening conditions. And hospitals are increasingly using the highest-severity codes to classify emergency visits, research shows.

“There are financial incentives for billing at a higher severity,” said Aditi Sen, who directs policy and research at the nonprofit Health Care Cost Institute, which has studied emergency room coding.

Despite the lack of severity of Martand’s wound and the absence of medical care, his visit was classified as Level 3, a moderate severity problem.

Resolution: Incensed that he’d been charged so much, Bhatt made numerous attempts to get the hospital to reduce the charges. He also appealed to UnitedHealthcare to review the charges.

His efforts failed. In August, Bhatt received a letter from an SSM Health “patient advocate” informing him that the hospital would not adjust the bill and instructing him to contact patient billing to arrange for payment.

While Bhatt was trying to reach the patient advocate by phone, his bill was sent to Medicredit, a collection agency, which began sending him notices and calling him.

After KHN contacted SSM Health, Bhatt received a call from someone who worked on “patient financial experience” issues at the hospital.

The hospital agreed to forgive the $820 facility fee. Bhatt agreed to pay the remaining $38.92, the professional fee for the ER nurse’s work. Bhatt also received a notice from Medicredit that it would take no further action against him. 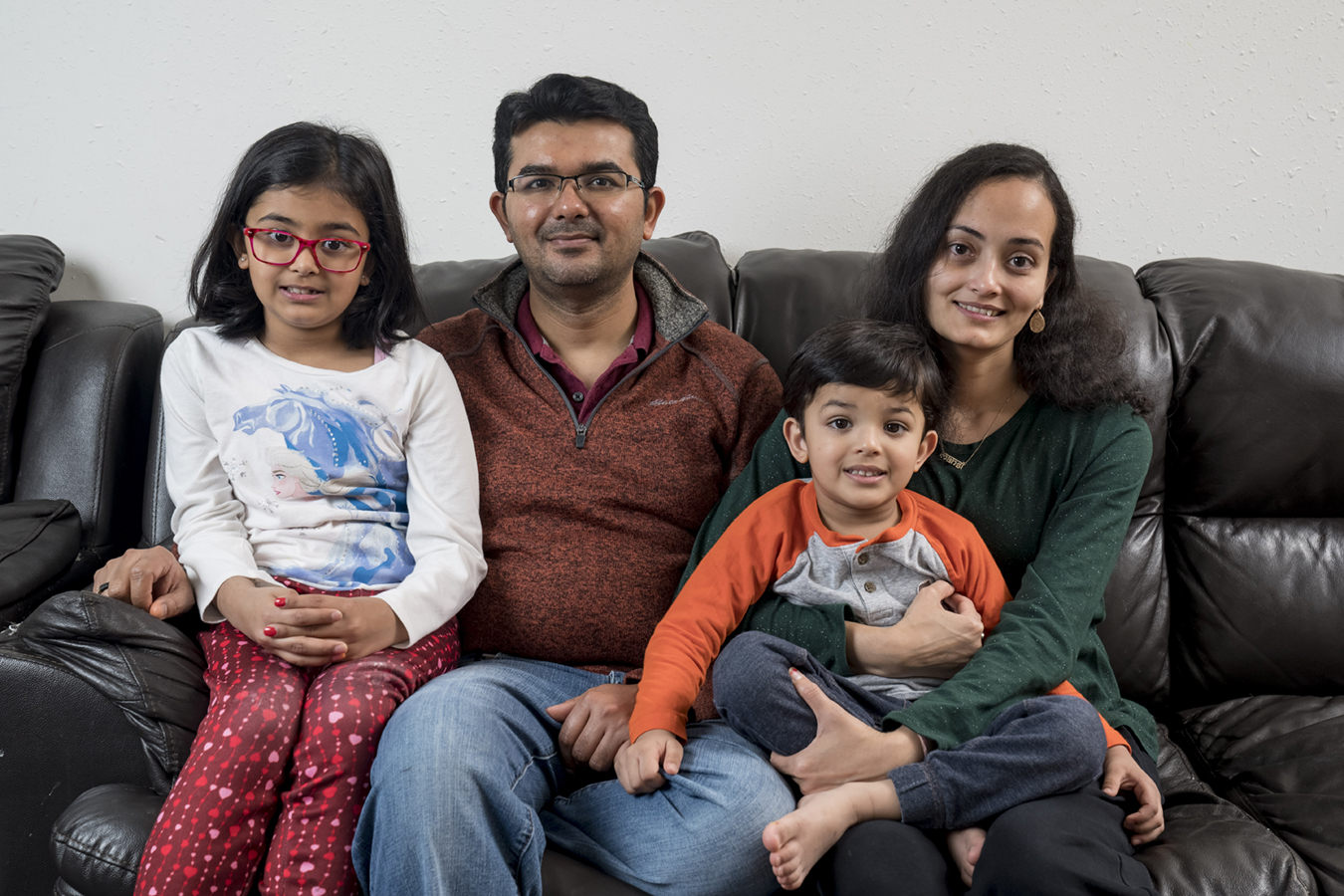 Bhatt made numerous attempts to get the hospital to reduce a bill of more than $1,000 that the family received after Martand was taken to an emergency room with a burned hand. Eventually, the hospital forgave the $820 facility fee. (Whitney Curtis for KHN)

The Takeaway: The Bhatts did what most parents would do when a pediatrician advises them to take their child to the hospital.

But emergency rooms are among the most expensive places to get care in the U.S. health system.

If you have a relatively low-level issue, think twice before even registering at the front desk, the act that initiates the billing process. If your doctor doesn’t have same-day appointments or after-hours service, think about urgent care, which is often much cheaper if the center isn’t attached to a hospital.

And remember that if you go to a hospital emergency room with a relatively minor issue, chances are that you’ll have to wait, as the Bhatts did. Patients with more serious problems will be seen first.

Once you’re taken past the front desk, you will almost certainly be hit with a substantial facility fee even if you don’t receive care.

Appealing that fee to the hospital can occasionally be successful, but there are no guarantees. And, as Bhatt learned, don’t expect the health insurer to offer much help. Most insurers won’t challenge how a medical visit is coded except on extremely expensive medical claims that will cost them money.

In this case, Bhatt was on the hook for the whole fee because he had a high-deductible plan, so the insurer had little incentive to take up his cause.

For now, patients’ best hope, many advocates believe, is to publicize the high prices that hospitals charge for their services, inside and outside the emergency room.

Bill of the Month is a crowdsourced investigation by KHN and NPR that dissects and explains medical bills. Do you have an interesting medical bill you want to share with us? Tell us about it!