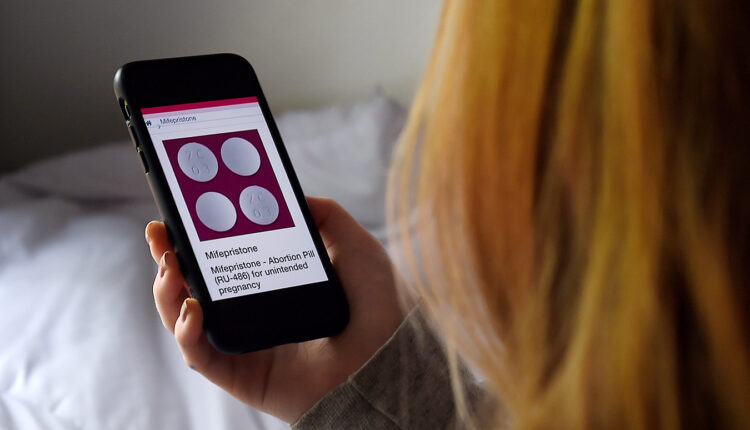 Texas already had the most restrictive abortion laws in the U.S. — and they just got tougher. On Wednesday, a new law took effect that adds penalties of jail time and a fine of up to $10,000 for anyone who prescribes pills for medication abortions through telehealth or the mail.

Texas bans all abortions after cardiac activity can be detected in the embryo, which typically occurs about six weeks into pregnancy — often before people realize they’re pregnant. Medication abortions via telehealth or mail were already illegal in Texas, and the new criminal penalties took effect on the day the Supreme Court heard arguments in a Mississippi case that ultimately could overturn Roe v. Wade, the landmark 1973 ruling that established a constitutional right to abortion.

In contrast to a surgical abortion, which usually takes place in a clinic, a medication abortion involves two pills, taken 48 hours apart, that manipulate the hormones to end a pregnancy. Many people prefer this process early in a pregnancy because the pills can be taken at home. The Food and Drug Administration approved the drugs in 2000, and the procedure is effective up to 10 weeks into a pregnancy.

Texas is not the only state that restricts medication abortion and telehealth. This year alone, five other states have passed laws against sending abortion pills through the mail, said Elizabeth Nash, a state policy analyst with the Guttmacher Institute.

“It’s a squeeze play on abortion,” she said.

Nash said this crackdown is partially a response to the pandemic, which propelled interest in medication abortions.

“We saw the increase and, really, sort of the coming out of telehealth as part of medical practice,” she said.

Texas’ new law, known as SB 4, also narrows the legal window for medication abortion to the first seven weeks of pregnancy. State legislators passed this new law on Sept. 17 during a special session — more than two weeks after the other abortion law, often called the “six-week ban,” took effect on Sept. 1. Attempts to halt that law as groups challenge it in court have failed.

“We already have the most extreme abortion ban in the U.S. and yet our legislature made it a priority to add this additional abortion restriction,” said Sarah Wheat, chief external affairs officer with Planned Parenthood of Greater Texas.

Because of the six-week ban, the new limits on medication abortions won’t have an immediate impact. “Most people at this stage of a pregnancy are already banned from accessing abortion in Texas,” Wheat said.

But the new law could significantly affect future access to abortion.

By criminalizing the use of telehealth and mail-order prescriptions to acquire abortion pills, the state seeks to forestall a possible workaround to the shrinking number of reproductive health clinics in Texas.

Already, many Texans live hundreds of miles from the nearest clinic offering abortion services. Advocates have promoted the use of telehealth for medication abortions in places where clinics are few and far between, and some states experimented with greater telehealth flexibility — including for abortion pills — during the pandemic shutdowns.

The new law “is creating additional fear and additional stigma for people who may be seeking access to medication abortion,” Wheat said.

Anti-abortion groups in Texas hailed SB 4 as a victory — an important second step, after the six-week ban, in their efforts to curtail all access to the procedure in the state.

“This piece is really important for this period but also moving into the future, when we see even after [Roe v. Wade] we have organizations and individuals advertising that they will mail abortion-inducing drugs,” he said.

Nash of the Guttmacher Institute said that in some states it has become easier for people to obtain medication abortions through telehealth services.

Seago said he wants to make sure that doesn’t happen in Texas.

“This is going to be a future public policy issue around abortion, no matter what happens to Roe v. Wade,” he said.

So far, no lawsuit has challenged Texas’ law restricting access to abortion pills. Mounting a legal challenge to halt the law is complicated because Texans already are effectively prohibited from all abortions after six weeks. Finding legal standing to sue would likely be difficult for any Texas plaintiff.

Ultimately, Wheat said, Texas’ latest law is a sign of what could happen elsewhere. She said it shows there is no end to efforts aimed at making abortions harder to get.

“Take note of Texas, because what you see is that our politicians, they do not quit, and they can find endless ways to add fear, intimidation and restrictions,” Wheat said.

This story is part of a partnership that includes KUT, NPR and KHN.