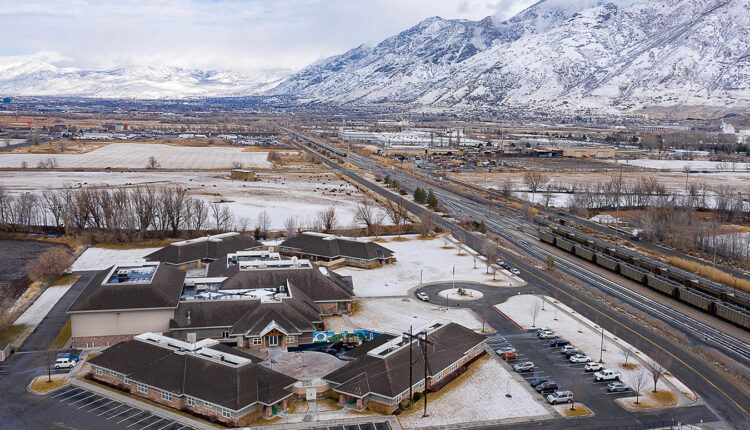 Five days after Utah Gov. Spencer Cox signed a law meant to provide stronger oversight of the more than 100 residential youth treatment programs operating in the state, a 12-year-old boy arrived at one of them, Provo Canyon School. Before long, he was forced into seclusion, denied communication with his family and given antipsychotic medication without parental permission, according to relatives.

Trish Leon, aunt of the 12-year-old, Logan, contacted various state agencies, the Utah governor’s office, elected officials and youth rights nonprofits — but soon discovered the law’s limits. Secluding a student from others is still allowed under the new rules, for example, but program operators must now report to regulators when they do so. Leon’s complaints about what happened to her nephew while he was at Provo Canyon School were dismissed as unsubstantiated or hit dead ends.

Leon said the dismissals show the state law isn’t enough to hold accountable an industry that makes billions of dollars treating kids with behavioral or substance use problems.

“If we’re still doing the same thing, there’s never going to be a change,” Leon said.

For groups pressing for more accountability for these programs, Leon’s story shows that the new law doesn’t go far enough. Further, they say, oversight is often weak and enforcement of the new law has been lax.

No federal laws govern these private, for-profit residential treatment programs, boot camps, and wilderness programs. Efforts to pass federal legislation that would regulate them failed every year for more than a decade, even after a 2007 Government Accountability Office report detailed allegations of abuse and neglect, along with deaths and deceptive marketing practices at programs across the country.

That’s left regulation largely to the states, with mixed results. A handful of states besides Utah have passed laws to bolster protections for young people in these programs. Among them is Montana, whose 2019 law led to the closure of several programs; California, whose 2016 law required residential treatment programs to operate on a nonprofit basis to ensure that financial incentives do not affect the quality of care; and Oregon, whose various laws have aimed to crack down on the so-called troubled teen industry, including a 2021 law that regulates “secure transport” companies hired to forcibly take kids to wilderness or residential programs. But in many other states, there is little to no oversight.

Utah is the troubled teen industry’s epicenter, offering a wide variety of these programs. Its new law, which took effect in March 2021, marks the state’s first attempt in 15 years to bring more regulation to the industry.

Utah’s law was championed by advocates and celebrity heiress Paris Hilton, who testified before the Utah Legislature that she experienced abuse while attending Provo Canyon School as a teenager. Hilton’s revelation and an investigation by The Salt Lake Tribune ushered in calls for change from former program attendees who shared similar experiences.

The law bans chemical sedation and mechanical restraints unless authorized by the Utah Office of Licensing. It also increases the number of inspections per year for each program and requires programs to report use of physical restraints and incidents of seclusion to the licensing office, although it does not ban or significantly restrict the practices. The law does require programs to provide participants with access to unmonitored communication with their families, which Logan’s family said they were denied while he was at Provo Canyon School.

Critics said tighter limits are needed on residential programs’ use of seclusion, restraint, and medication, in addition to more regulation of the use of degrading disciplinary practices and aversive behavioral interventions such as food deprivation.

A new push to pass a federal law is now brewing, with a measure called the Accountability for Congregate Care Act. It would create a commission under the Department of Justice to research and establish best practices for youth congregate care settings and would allow the federal agency to take action or require states to take action when there is abuse. It also would enable the department to consult with states on the closure of facilities that do not meet standards, establish a “bill of rights” for young people in congregate care facilities and define the terms “treatment” and “institutional abuse.”

These residential programs are an “industry that is based on selling treatment even though many of them are not licensed to provide treatment,” said state Sen. Sara Gelser Blouin of Oregon, who sponsored legislation to increase oversight in her state. “That is a change that needs to happen at the federal level.”

In Logan’s case, relatives said in interviews and in formal complaints — copies of which were provided to KHN — that the 12-year-old was placed in seclusion, called “stabilization” by Provo Canyon School officials. During stabilization, Logan was sent to a room, made to stare at a wall all day, and prohibited from talking with other students because of “maladaptive behaviors,” according to Logan and his relatives. The antipsychotic medication he received was prescribed by a psychiatrist under contract with Provo Canyon School against his mother’s wishes.

During his stay at Provo Canyon School, Logan was sent to stabilization multiple times — the longest stint lasted a week. After Logan’s aunt unsuccessfully filed her complaints against the program, she said, he left the Provo school for a different program and later returned to his mother, who had moved from their home in Washington state to Utah while he was in the program.

Provo Canyon School officials did not respond to questions about Leon’s complaints to government authorities but referred to a media statement from August that said the program “is committed to the safety of our students and staff” and “DOES NOT use ‘solitary confinement’ as a form of intervention.”

Utah, California, Oregon, Montana, and Missouri have enacted laws aimed at increasing oversight of residential treatment programs for young people. But each law is tailored to its state, and child advocacy groups said enforcement has been uneven.

And when states identify problems, they sometimes appear to be reluctant to escalate the penalties for repeat offenders, the advocates said.

“We’ve seen facilities in many different states that have been cited again and again and again for noncompliance for dangerous practices, for children dying at their facilities, but if the state doesn’t revoke their license or shut them down, then it’s pointless,” said Caroline Lorson, an advocate helping draft the federal legislation.

In Montana, the 2019 state law created new regulations for programs and moved oversight from an industry-dominated board to the Montana Department of Public Health and Human Services. A month after the health department took over oversight of the programs, the state removed 27 children from a program called Ranch for Kids and revoked its license. By late 2020, 11 of Montana’s 19 programs had closed, some because of the new regulatory environment, according to Erica Johnston, head of the state health department’s economic security services.

But the problems haven’t gone away, and critics have questioned the enforcement of the new rules.

A program called Wood Creek Academy near Thompson Falls has undergone three state inspections since September 2020, two that resulted from complaints and one that was regularly scheduled. Inspectors found violations of the law, including that Wood Creek Academy staff members waited more than an hour to call 911 after two boys ran away and then punished the boys by separating them from other students for two days and making them sleep in tents in shorts and T-shirts in below-freezing temperatures.

The program wasn’t penalized for the violations but was required to submit plans detailing how it would prevent the violations from occurring again. Wood Creek Academy closed voluntarily in September.

At another program, Reflections Academy, a 17-year-old girl died by suicide in June. That prompted an inspection, which found that Reflections Academy staff members did not follow program policies for responding to the suicidal ideation of a participant and did not take the patient to the hospital or ensure she received a psychiatric evaluation that was recommended by a physician a day before the girl’s death.

Staff members failed to supervise the girl after she said she was suicidal and harmed herself the day before her death, saying they weren’t sure “how much of this is real or manipulation,” according to the state inspection report.

Reflections Academy program director Michele “Mickey” Manning voluntarily closed the program in October. She previously served as the principal of the now-shuttered Spring Creek Lodge, where a 16-year-old girl killed herself in 2004 after she was put in isolation nearly 30 times in six months, according to the notes and logs that staff members kept on students and were included in a lawsuit filed after the girl’s death.

Spring Creek Lodge closed after lawsuits, controversy, and a drop in enrollment. Manning went on to serve as program administrator of Clearview Horizon until 2015, when she left to open Reflections Academy in 2016.

Manning is named in several lawsuits in which over a dozen former students allege psychological and sexual abuse by staff members whom Manning employed at Clearview Horizon and Reflections Academy. In one lawsuit, 10 former Clearview students allege that the program and its staff employed psychologically harmful practices, including solitary confinement, social isolation, food deprivation, and corporal punishment, according to the complaint.

Manning did not respond to repeated requests for comment. She has previously said in response to a lawsuit against her that she complied with “all applicable standards of therapy and was not negligent,” according to legal documents.

Without federal legislation, advocates said, the few state laws that exist result in inconsistent regulations that allow program owners accused of abuse and mistreatment to hop across state lines and reopen, rebrand, and continue to profit from children.

A former Reflections Academy student, 20-year-old Molly McCready, said that was her concern about the program she attended from 2017 to 2019.

“It’s good that it closed, but another school could pop up somewhere else,” she said.