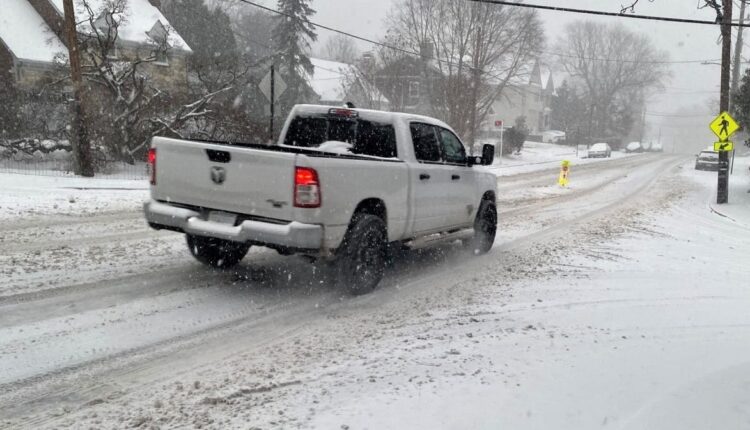 VIRGINIA — The National Weather Service issued a winter weather advisory for Washington, DC and northern Virginia beginning Friday at 4 p.m. while a snow storm warning is in effect for Virginia’s east coast Friday through Saturday.

Snow accumulations in the District of Columbia and Northern Virginia are expected to total 1 to 3 inches, with slightly higher amounts forecast for Fredericksburg and Northern Neck. The winter weather warning is in effect until 4 a.m. on Saturday.

Drivers should plan for slippery roads later on Friday. “The hazardous conditions could impact evening commutes,” the NWS said.

Snowfall is expected to total 1 to 2 inches from DC to western Loudoun County and south to Prince William County and northern Stafford County. The Fredericksburg area and adjacent areas to the southeast could receive 2 to 3 inches or more.

Most of the snowfall is expected to fall after 7 p.m. through early Saturday morning.

On Virginia’s east coast, coastal storm precipitation could start as light rain Friday afternoon before turning to snow late Friday evening and Friday night. Along with the snowstorm warning for the area, the east coast is expected to receive 8 to 12 inches of snow.

The storm is expected to bring 3 to 4 inches of snow to the Norfolk and Virginia Beach areas, according to the National Weather Service.

Areas in New England are facing a blockbuster snowstorm, with some areas potentially receiving a few feet of snow and coastal areas with winds up to 90 miles per hour, according to AccuWeather.

“This will be a dangerous, life-threatening storm that will be a snowstorm in some places, particularly in southern New England,” AccuWeather chief meteorologist Jon Porter said Friday morning.

In Virginia, Dominion Energy said utility crews in the Norfolk and Virginia Beach areas, where the storm is expected to be worst, as well as across the state, are on standby to deal with power outages. The utility suggested residents download its app to report power outages and track status updates.

The Virginia Department of Transportation spent most of Thursday preparing roads across the state ahead of the winter storm. Motorists should limit non-essential travel starting Friday afternoon, especially during the evening rush hour, and until Saturday morning, when travel will be dangerous, VDOT said.

Here is the NWS forecast for DC and Northern Virginia for the next few days:

Friday: Possibly snow before 11am, then rain and snow. High near 36. NE 3 to 6 mph. Total daily snow accumulation of less than half an inch possible.

Saturday: Cloudy until mid morning, then gradually clearing, peaking near 26. Stormy, with a northwesterly wind of 17 to 22 mph, gusting up to 39 mph.

Sunday: Mostly sunny, with a high near 32.

Sunday night: Partly cloudy, with a low around 21.

Monday: Mostly sunny, with a high near 39.

monday night: Mostly clear, with a low around 23.

Tuesday: Mostly sunny, with a high near 45.