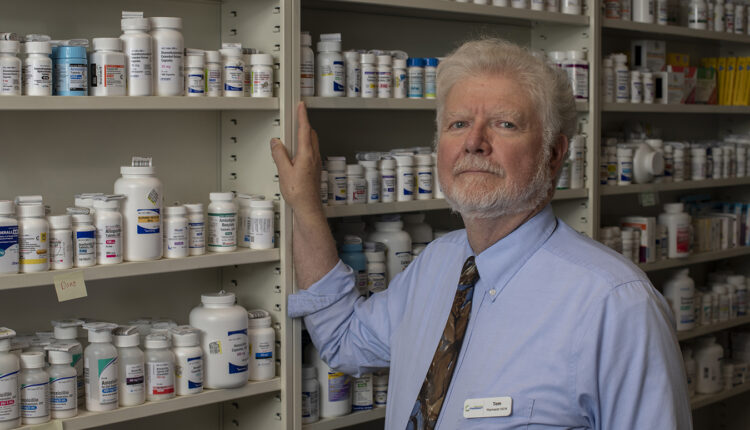 Ted Billinger Jr. liked to joke that he would work until he died. That turned out to be prophetic.

When Billinger died of a heart attack in 2019 at age 71, he was still running Teddy B’s, the pharmacy his father had started more than 65 years earlier in Cheyenne Wells, Colorado. With no other pharmacist to work at the store, prescriptions already counted out and sealed in bottles were suddenly locked away in a pharmacy that no one could enter. And Cheyenne Wells’ fewer than 800 residents were abruptly left without a drugstore.

Pharmacies were once routinely bequeathed from one generation to the next, but, in interviews with more than a dozen pharmacists, many said the pressure of running an independent drugstore have them pushing their offspring toward other careers. And when they search for a buyer, they often find that attracting new pharmacists, especially to rural settings, is difficult. With a large group of pharmacists nearing retirement age, more communities may lose their only drugstore.

“It’s going to be harder to attract people and to pay them,” said David Kreling, a professor emeritus at the University of Wisconsin-Madison School of Pharmacy. “If there’s not a generational thing where someone can sit down with their son or daughter and say that they could take the store over, there’s a good chance that pharmacy will evaporate.”

Tom Davis, Billinger’s friend and co-owner of Kiowa Drug in Eads, Colorado, stepped in to sort out the mess in Cheyenne Wells. With permission from the State Board of Pharmacy, the county sheriff let Davis into Teddy B’s in the eastern Colorado town to take an inventory of the remaining drugs. Customers who had dropped off their prescriptions before Billinger died were able to pick up their medications.

Davis then bought the pharmacy from Billinger’s estate. He runs it as a convenience store and six days a week delivers prescriptions to it from Eads, 44 miles away.

“By the time you paid a pharmacist, the location there was borderline unprofitable,” Davis said.

Davis and his brother co-own seven pharmacies and have started to plan for retirement by hiring five young pharmacists and allowing them to buy ownership stakes in those pharmacies over time.(Rachel Woolf for KHN)

He has received numerous requests to open pharmacies in other eastern Colorado towns, but making that work financially would be difficult. Reimbursements from insurance plans have dwindled, and customer bases have eroded as health insurers push patients toward mail-order deliveries.

“I fill prescriptions every day where my reimbursement is less than the cost of the drug,” Davis said. “In other settings, you might tell a patient, ‘We don’t have that in stock,’ or ‘Why don’t you go down the street to the chain?’ But down here, we just take care of our patients, and we just eat it.”

He can survive, he said, because, after 48 years, he no longer has any business debt.

“I look at my bottom line,” Davis said. “With the amount of profit that I had at the end of the year, that would not have been enough if I was having to pay a mortgage.” 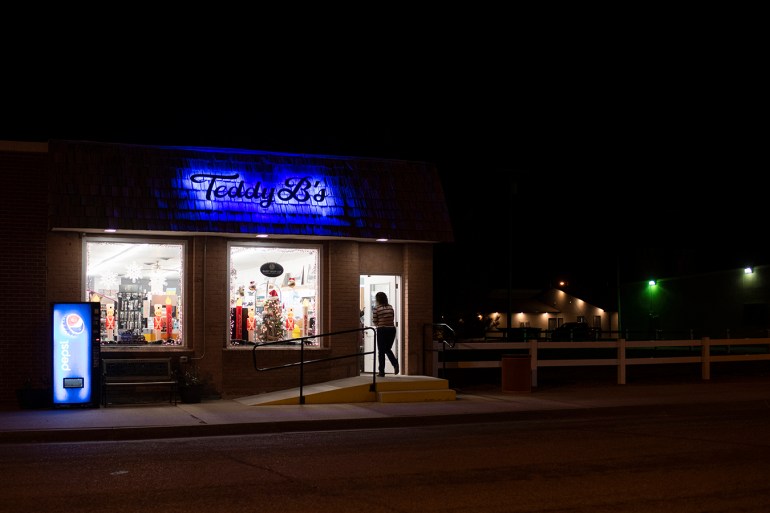 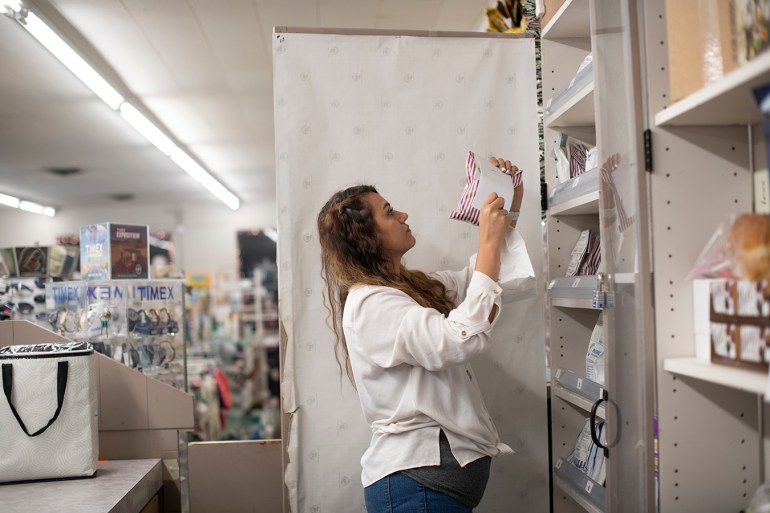 Studies have found the number of pharmacists nationally to be sufficient, even more than enough, to meet current needs, although supply and demand don’t always line up. Finding pharmacists is more difficult in rural areas.

“Once they get a taste of the big city,” Kreling said, “it’s hard to get them back to the farm.”

Workforce data also shows worrisome trends. Concerns about a shortage of pharmacists led the federal government to pour money into pharmacy schools in the 1970s, creating a temporary bump in the number of graduates. The people in that bulge in the pharmacist pipeline have hit retirement age.

“Many of them owned independent pharmacies, and they were working in rural communities,” said University of Minnesota pharmacy professor Jon Schommer, who studies workforce issues.

Now, as the demand for pharmacists to provide testing and vaccinations during the covid-19 pandemic increases, drugstore chains are offering incentives — such as large salaries, signing bonuses and help paying off school loans — that are often more enticing than anything a rural pharmacy could muster. 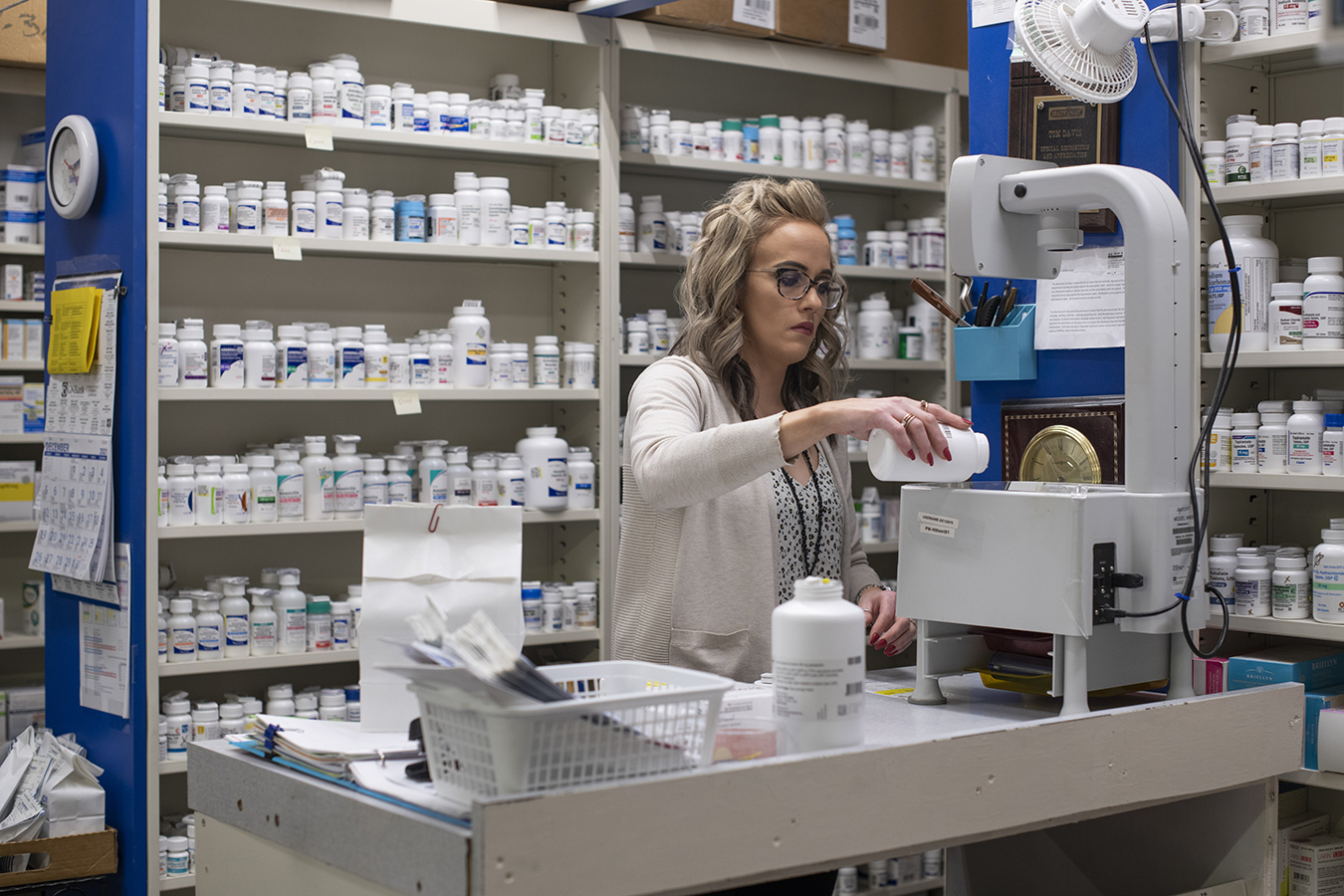 How pharmacy graduates envision their careers has also shifted. Many no longer want to own a pharmacy and are content to work at pharmacy chains or other health care organizations, according to several pharmacy school professors. As of 2018, only about half of pharmacists worked in traditional retail drugstores.

Denise Robins had worked at R&R Family Pharmacy in Springfield, Colorado, for 18 years when the owner retired. She and three family members bought the drugstore in a last-ditch effort to keep it open.

“None of us are pharmacists, so that made it a little tougher,” Robins said. “We just knew it was really going to make it hard for people here if they had to travel an hour to get to a pharmacy.”

But finding a pharmacist to work in the southeastern Colorado town of fewer than 1,400 people was a challenge. The first pharmacist Robins found commuted 48 miles one way from Lamar. But after a year and a half, the trip became too much.

She then hired someone who wanted to work for only a year, to make enough money to travel. Then Robins interviewed two University of Colorado pharmacy school graduates. She hired one, but that didn’t work out. So she called back the second candidate, who still had not found a permanent job. He had two young kids, and he and his wife were working opposite schedules. He took the job two years ago and has remained there since.

I fill prescriptions every day where my reimbursement is less than the cost of the drug. 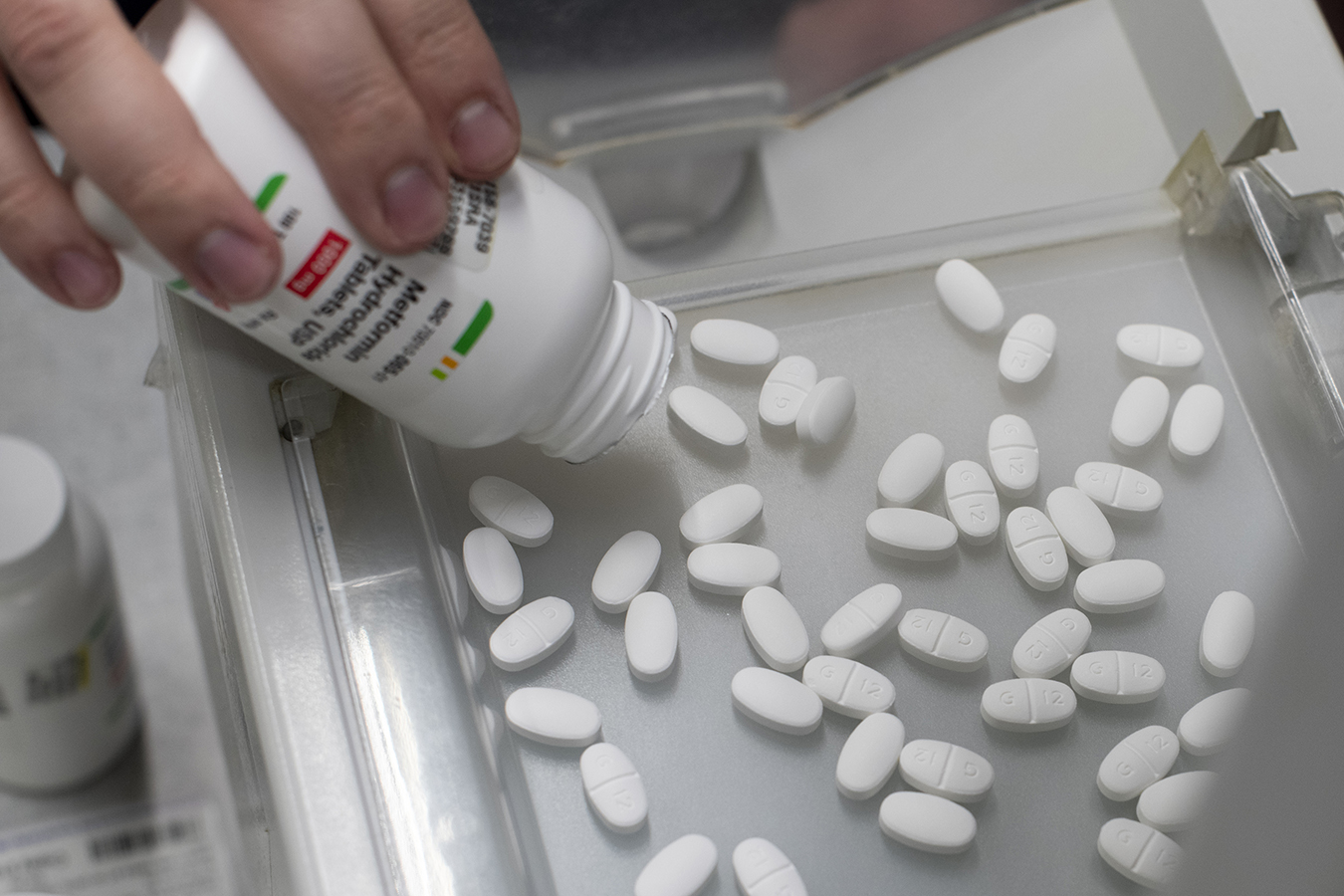 In Berryville, Virginia, pharmacist Patricia White opened Battletown Pharmacy in 2011 because she wanted to carry on the family business. Her father had owned a local pharmacy and had recently died. But when turning a profit with Battletown proved a struggle, White decided to retire.

She lined up two potential buyers, but neither went through with the sale. She then hoped to transfer the pharmacy to a recent graduate but didn’t want to saddle him with a failing business.

“I told him he couldn’t make any money, and he said, ‘Thanks for being honest,’” White recalled.

Closing seemed like the only palatable option. Battletown shut down at the end of August. “I did not want to sell out to a chain,” she said. “That’s always been my mentality.”

When a chain buys a pharmacy, it doesn’t always decide to run it. Instead, it might close the pharmacy and transfer the pharmacy’s prescription files to one of its outlets. Retiring pharmacists who spent decades serving a community generally don’t want to see that happen, said David Zgarrick, a Northeastern University pharmacy professor.

“They’d like to sell their pharmacy to another pharmacist who would continue to run it very much in the same manner,” he said.

Some plan ahead, hiring another pharmacist and offering that person an equity stake in the business. Over time, the new pharmacist can buy out the owner. Many independent pharmacist-owners plan to live off the profits from selling their pharmacy, its inventory and its prescription records.

“Their pharmacy is their retirement savings,” Zgarrick said.

But, Zgarrick said, the added pressure from the pandemic may be pushing more pharmacists into retirement. And a long-running bull stock market may mean some pharmacists have enough in their retirement portfolios to call it quits without a sale. 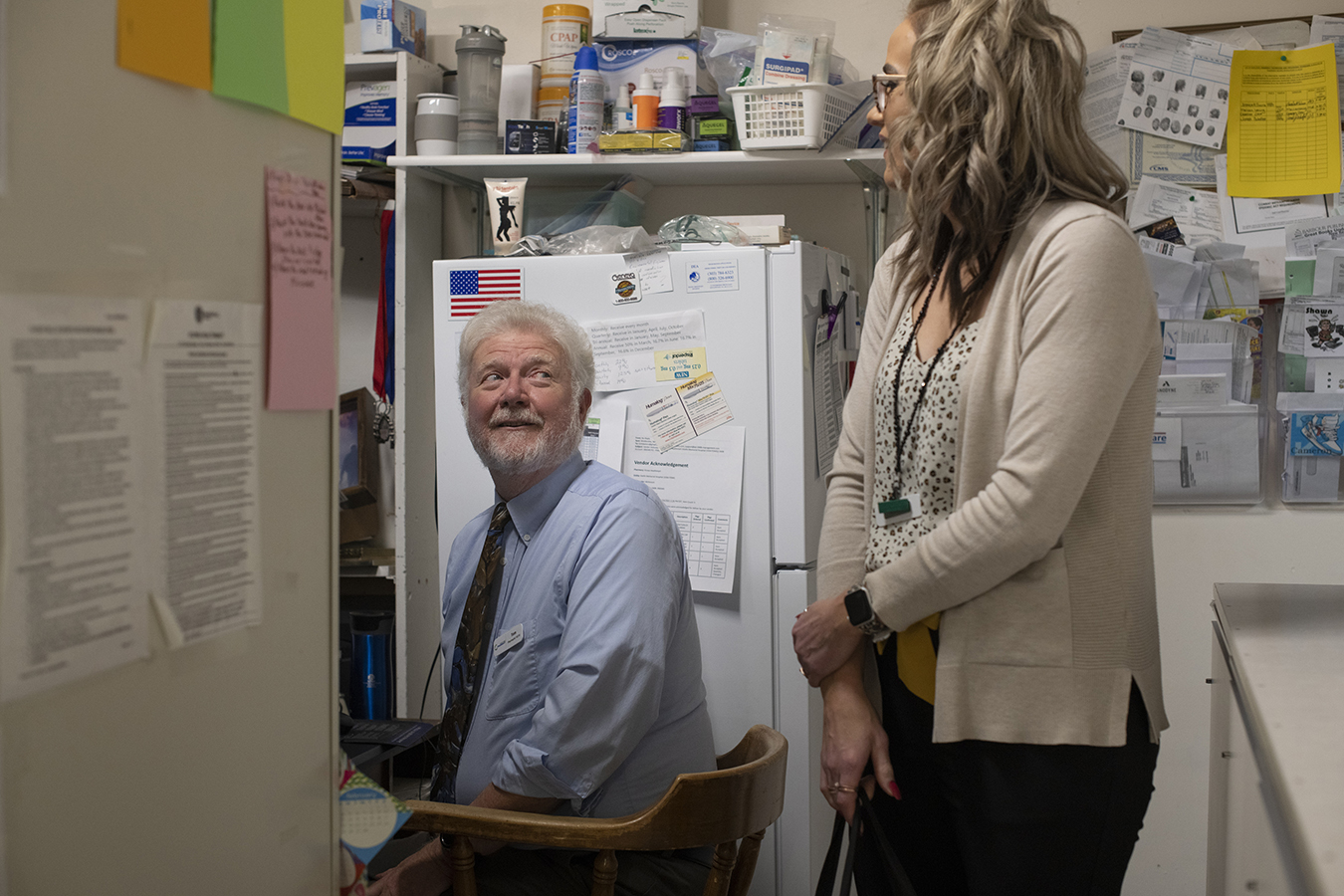 In Eads, Davis, 70, still loves being a pharmacist. He and his brother co-own seven pharmacies and have started to plan for retirement by hiring five young pharmacists and allowing them to buy ownership stakes in those pharmacies over time.

He had wondered how long he could keep the Kiowa pharmacy running, though. With fewer than 700 residents, Eads may be the smallest town in Colorado with a pharmacy. Combining Davis’ customer base with Cheyenne Wells’ may have saved pharmacy access for both communities.

“So maybe where we could have lost two pharmacies in the area, we’ve been able to exist. We’re stronger now than we had ever been,” Davis said. “That wasn’t the original plan. We cared about those people and just wanted to take care of them.”