Resistance to a Boston Hospital’s Expansion Centers on Rising Prices 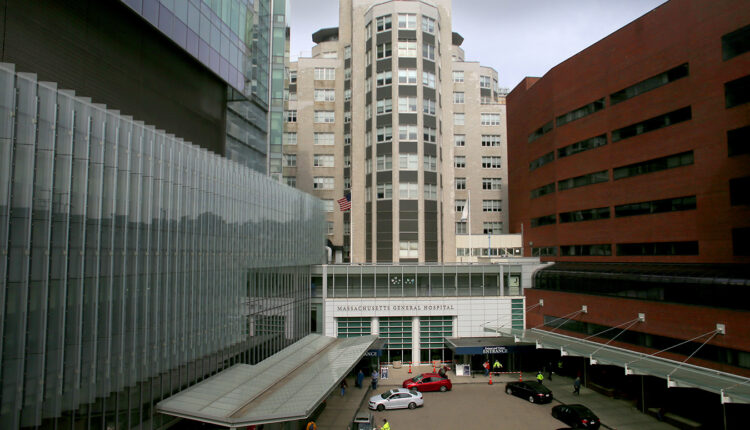 A boisterous political battle over a proposed expansion by the largest and most expensive hospital system in Massachusetts is spotlighting questions about whether similar expansions by big health systems around the country drive up health care costs.

Mass General Brigham, which owns 11 hospitals in the state, has proposed a $2.3 billion expansion including a new 482-bed tower at its flagship Massachusetts General Hospital in Boston and a 78-bed addition to Brigham and Women’s Faulkner Hospital. The most controversial element, however, is a plan to build three comprehensive ambulatory care centers, offering physician services, surgery, and diagnostic imaging, in three suburbs west of Boston.

On Jan. 25, the state’s 11-member Health Policy Commission unanimously concluded that these expansions would drive up spending for commercially insured residents by as much as $90 million a year and boost health insurance premiums.

The commission also ordered Mass General Brigham to develop an 18-month “performance improvement plan” to slow its cost growth. The action, believed to be the first time in the country a hospital has been ordered to develop a plan to control costs, reflects concern about giant hospitals’ role in rising health care costs.

Other states, including California, Delaware, Oregon, Rhode Island, and Washington, have created or are considering commissions on health care costs with the authority to analyze the market impact of mergers and expansions. That’s happening because the traditional “determination of need” process for approving health facility expansions, which nearly three dozen states still have in place, has not been effective in the current era of health system giants, said Maureen Hensley-Quinn, a senior program director at the National Academy for State Health Policy.

The Mass General Brigham health system, which generates $15.7 billion in annual operating revenue, announced that the massive expansion would better serve its existing patients, including 227,000 who live outside Boston. Its leaders said the new facilities would not raise health spending in the state, where policymakers are alarmed that cost growth in 2019 hit 4.3%, exceeding the state’s target of 3.1%.

The hospitals’ cost-analysis report, submitted to the state last month, concluded that the system’s existing patients would pay lower prices at the new suburban sites than at its downtown locations. John Fernandez, president of Mass General Brigham Integrated Care, projected that prices at the new centers would be 25% less, and he said patients will not have to pay extra hospital “facility fees” at the new outpatient sites.

“We’re all going to have a tsunami of patients over the next 20 years given the aging population, and everyone has to step up to meet that demand,” he said in explaining the expansion.

But a well-funded coalition of competing hospitals, labor unions, and chambers of commerce argues that Mass General Brigham’s invasion of the Boston suburbs would spike total spending by drawing in patients from lower-priced physicians and hospitals. They cite the health system’s own planning projection, unearthed by the attorney general’s office in a November report, that the expansion would boost annual profits by $385 million.

“How could you be fooled?” said Dr. Eric Dickson, CEO of UMass Memorial Health Care, a safety-net health system serving the towns west of Boston that is part of the coalition of expansion opponents. “If you let the state’s most expensive system grow wildly, it will drive up the cost of care.”

The controversy signals a shift in the concerns about the cause of rapidly escalating health care costs. Up to now, state and federal policymakers examining how hospital system growth affects costs have largely focused on hospital mergers and purchases of physician practices. Studies have found that these deals significantly boost prices to consumers, employers, and insurers. State and federal regulators have stepped up antitrust scrutiny of mergers and acquisitions.

Deep-pocketed hospital systems increasingly are turning to solo expansion to gain a bigger share of the market. These expansions fall outside the legal authority of antitrust enforcers.

Health systems are building satellite ambulatory care centers to attract more well-insured patients and steer them to their own hospitals and other facilities, said Glenn Melnick, a health economist at the University of Southern California.

“The outcome is the same as a merger — capturing patients and keeping them,” he said. “That’s not necessarily good for consumers in terms of access to care or cost efficiency.”

Critics of Mass General Brigham’s plans also warn that the expansion would financially destabilize providers that heavily serve lower-income and minority residents because some of their more affluent patients would move to the new facilities. Those patients’ commercial insurance plans pay nearly three times what the state’s Medicaid program pays.

“It’s a very, very good business move for MGB,” said Dickson, whose system serves a large percentage of Medicaid patients. “But they know quite well this will impact our ability to care for vulnerable populations.”

The Health Policy Commission agreed with those opposing the expansion and said it would advise the state Public Health Council — which will decide on the three expansion applications by April — that the proposals are not consistent with the state’s goals for cost containment.

“Our strong assessment is this would substantially increase spending,” said Stuart Altman, a health policy professor at Brandeis University who chairs the commission. In addition, “there is a clear indication it would reduce revenues to those institutions we count on to provide services to lower-income and historically marginalized communities.”

In a written statement, Mass General Brigham ripped the commission’s findings as flawed. It also disagreed with the commission’s decision to require a cost-improvement plan but said it would work with the agency to address the challenge.

Under Massachusetts’ determination of need process, Mass General Brigham must show the Public Health Council that its expansion proposals would contribute to the state’s goals for cost containment, improved public health outcomes, and delivery system transformation.

The council has never blocked a project on cost grounds in its nearly 50-year history, said Dr. Paul Hattis, a former member of the Health Policy Commission. He argues that Massachusetts needs more explicit statutory power to decide whether health system expansions are good for the public, because he doesn’t think the council understands its own regulation.

A bill passed by the Massachusetts House of Representatives last fall would give the commission, which was created in 2012, greater authority to investigate the cost and market impact of such expansions. Its legislative fate is uncertain.

Upping the stakes in the Massachusetts expansion fight: Massachusetts General Hospital charges by far the highest prices in the state, and Brigham and Women’s Hospital isn’t far behind.

Patients with a Mass General Brigham primary care physician had the highest total per-member spending in 2019, nearly $700 per month, according to the Health Policy Commission. That was 45% higher than spending for patients served by doctors at Reliant, which is owned by UnitedHealth Group’s Optum unit. Average payments for major outpatient surgery at Massachusetts General and Brigham and Women’s were nearly twice as high as at the state’s lowest-paid high-volume hospital.

Readers and Tweeters: Give Nurse Practitioners Their Due