Ranking of the fastest cars in Forza Horizon 5 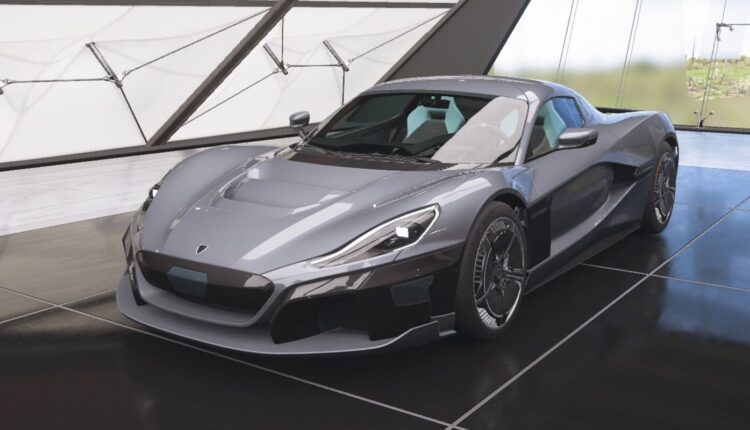 Forza is one of the most successful car racing games to date and spawns two different types of games. First, the Gran Turismo-rival motorsport series, currently in its seventh edition and more track-focused. And the second – a casual gamer spin-off launched in 2012 called Horizon. The Horizon series was an instant hit and now, nine years later, Horizon 5 has graced our consoles and PCs.

Horizon 5 has broken a number of records since its launch in November 2021, including most online players for a new game. In addition, the game also featured the series’ largest open-world map to date and the largest selection of cars for day one – with new cars being added weekly.

With this 520+ strong car roster, players were keen to find out which of them were the fastest in each class, but more importantly which were the fastest on the game’s new longest highway, which stretched across the entire map. Here are the currently fastest cars in Horizon 5 until Playground Games eventually adds faster ones.

The Bugatti Divo was the first special edition Chiron to hit the market. It shares the same powertrain and performance specs as the Chiron, however the exterior has been radically changed and the interior has been slightly modified to be sportier than the Chiron.

In Horizon 5, it’s currently among the fastest cars, with a top speed of around 236 mph. Due to the different design features on the outside, it is slower than the Chiron and generates more drag and downforce than the Chiron.

The Hoonicorn is a Ford Mustang customized by Ken Block – and as we know, cars he owns become extremely powerful versions of themselves. The Hoonigan Ford Mustang is no different. It features a 6.7-liter V8 with two turbochargers poking out of the hood – one blue and one red.

About the Diamond Lobby

The Hoonicorn in Horizon 5 is an excellent drift zone stunt car. Fully upgraded, however, it can reach a ridiculous top speed of 250 mph, about the same speed as a 2005 Bugatti Veyron, making it one of the fastest cars in the game.

The McLaren Speedtail is the automaker’s attempt to create a new fastest model. It features a 4.0-liter twin-turbo V8 with hybrid technology, equivalent to 1,000 hp. The car also follows the McLaren F1 GT – which was the main inspiration for the Speedtail – in the three-seater philosophy.

The Speedtail can top out at 250mph in Horizon 5, making it one of the fastest cars in the game, but not fast enough to be competitive. However, it’s one of the prettier of the fast cars, with its sleek, wind tunnel-sculpted body and deformable rear spoiler. The covers on the front wheels help with aerodynamics, but they look a bit strange.

The Bugatti Chiron is the ultimate ultra-fast, ultra-luxurious, and ultra-expensive hypercar currently for sale. It has a massive 8.0-litre quad-turbocharged W16 engine that produces a stock output of 1,500 hp and features more radiators than Jeremy Clarkson’s house!

It has a top speed of over 260 mph in real life, but in Horizon 5 – with some modifications – it can reach almost 270 mph. It’s not a huge improvement given that the current special edition Chiron can hit over 300 mph. Perhaps Forza sees the Chiron Super Sports 300+ in his future to claim the top speed crown.

The Hennessey Venom GT is essentially a Lotus Elise that’s been stretched, stretched and compressed to fit the enormous 7.0-liter twin-turbo V8. It produces 1,244 hp and weighs 1,244 kg (2,743 lb), giving it a power-to-weight ratio of 1:1, like the Koenigsegg One:1.

The Venom’s top speed in real life and in game is 270 mph, making it incredibly fast for real life but average for the game. The Venom is difficult to drive both virtually and in real life, making it a fun car to drive in-game, but not a car to win top-speed races with.

Related: How the Hennessey Venom GT compares to other supercars

The Taycan is Porsche’s first real attempt at an electric car to take on Tesla. It’s a brilliant car, with certainly better engineering and quality than the Model S, albeit with less power than the Plaid.

The Taycan Turbo S was the surprising addition to this game’s car list as it is an electric car with a high top speed. Thanks to its 2-speed transmission, it has brilliant acceleration and has a top speed of around 270 mph, making it faster than a purpose-built hypercar. It is also an excellent car for A class racing.

The One:1 is an awesome hypercar in Horizon 5 with a top speed of 273 mph, making it one of the current top 5 fastest cars in the game.

The Koenigsegg Agera RS shares the same powertrain and performance metrics as the One:1, but with a more Agera-like exterior design package that isn’t as aggressive on downforce as the One:1.

The Rimac Nevera is an all-electric hypercar from the Croatian automaker, backed by Porsche and responsible for Bugatti – quite an achievement for a company that’s only 13 years old. The Nevera is their second attempt at a production car and has shown just how much the company is capable of.

The Nevera is an absolutely mesmerizing car in that it’s blazingly fast, but being an electric car its main party piece is the instantaneous acceleration, delivered by nearly 2,000 horsepower generated by its electric motors. Claimed 0-60 mph time is less than 2 seconds; However, this has yet to be officially tested by independent experts. The Nevera has a top speed of 294 mph in Horizon 5, making it the second fastest car in the game right now.

Finally, we come to the fastest car currently available in Forza Horizon 5 – the Koenigsegg Jesko. It must be noted that this is just the regular Jesko (if there is such a thing) and not the Jesko Absolut – a special edition built to be Koenigsegg’s final fastest production car.

With some clever tuning that doesn’t mess with the game’s physics (like the Ferrari 599 FXX Evo did in Horizon 4), the Jesko can reach a top speed of over 300 mph, with some players reaching as high as 308 mph. This is way faster than anything else in the game, and currently it’s pretty much a given that a player who shows up on a highway trip with a Jesko will end up in second place (unless they have a major accident). ).

According to the Swedish sports car manufacturer, the Jesko Absolut will be the fastest production road car of all time.

Michael De Kock has a passion for cars and everything from avocados to particle accelerators. He studied psychology and knows a bit about repairing cars (mostly old Land Rovers). He also blogs and has a book, 125 Creative Writing Prompts for Petrolheads, available on Amazon. His philosophy of life: Stop the hate – Adopt a V8.

‘Speak No Evil’ Delivers a Brutal Commentary on Blanket Kindness

Is Subaru bringing back the WRX?