3 F1 drivers who risk losing their seat for 2023 season 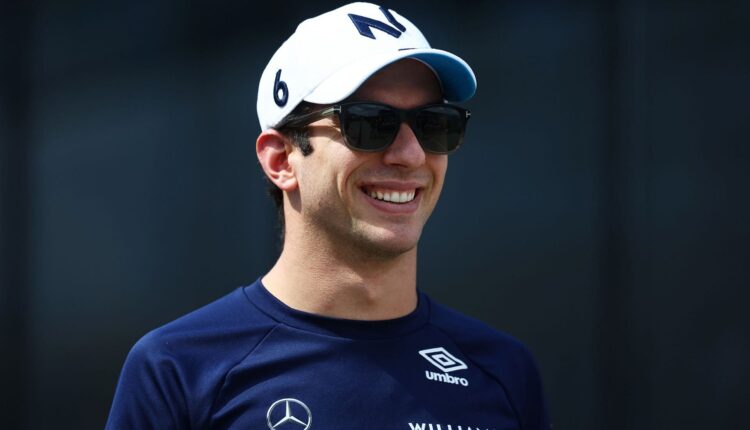 The 2022 F1 season is at the midway mark as teams enjoy the summer break. While a chunk of F1 drivers will be enjoying their downtime, there is a fact of drivers that will be sitting around nervously during the break. As summer is upon us, there are multiple drivers on the grid who do not have a contract for the 2023 F1 season.

To make things worse, the first 13 races of the season haven’t been the best for some of them either. A sword now hangs over them when it comes to their F1 futures. Could they lose their seat? Is there someone else in contention to take their spot? Let’s find out as we take a look at the three drivers who could be in contention to lose their seats in the 2023 F1 season.

Haven’t got any Friday night plans? 🍿Sit back, relax, and check out our latest episode of OffGrid 👊 🇭🇺#WeAreWilliams

It’s been a disappointing season for Nicholas Latifi. The Canadian driver started showing signs of life last season when he managed to out-qualify George Russell here and there. With Alex Albon arguably a lower benchmark than Russell, Latifi was expected to have a much better showing within the team.

On the contrary, the Canadian has been completely outclassed by Albon. Beyond the British GP where Latifi was able to shine in the rain, the rest of his 2022 campaign has seen him off the pace of his teammate.

With Oscar Piastri heading to McLaren, one threat for Latifi’s seat is out of the way. However, there are others like Williams academy driver Logan Sergeant who have been making all the right noises in F2.

Zhou was brandished as a “Pay Driver” when he found his way into the sport on the back of another unsuccessful campaign in F2. The Chinese driver was supposed to bring with him a lot of sponsorship from his nation, hence not receiving top-tier respect from the F1 fraternity.

He might be a solid Formula One driver in his debut season, running in a substandard car, but he hasn’t set the world on fire in any way. Bottas has clearly been the benchmark within the team and even if we ignore the initial settling period for Zhou, he is not really matching up with the Finnish driver. To make matters worse, Auto Motor und Sport has reported that the Chinese sponsorship that was supposed to come from Zhou has not made its way to the team either.

With Theo Pourchaire (Alfa Romeo’s junior academy driver) running in P2 in the Formula 2 championship this season, the F1 outfit could give the youngster a much-anticipated promotion, replacing Zhou.

Mick Schumacher’s name has been associated with multiple seats in the last few weeks. There were rumors of Aston Martin showing interest in the German when Sebastian Vettel retired and there were rumors of him leaving the Ferrari Driver Academy at the end of the season.

So read
Story continues below

Through all of this, Haas team boss Guenther Steiner has poured cold water on reports of any kind of negotiations between the German and the team. In terms of performance, the season hasn’t started on a bright note for the German.

Schumacher has had multiple high-intensity crashes in Saudi Arabia and Monaco that have put him on the back foot. Despite the driver’s impressive performances in Silverstone and Austria, Steiner still hasn’t alluded to extending the German’s contract.

Could Schumacher find himself out of favor at Haas?