Microbiome Startups Promise to Improve Your Gut Health, but Is the Science Solid? 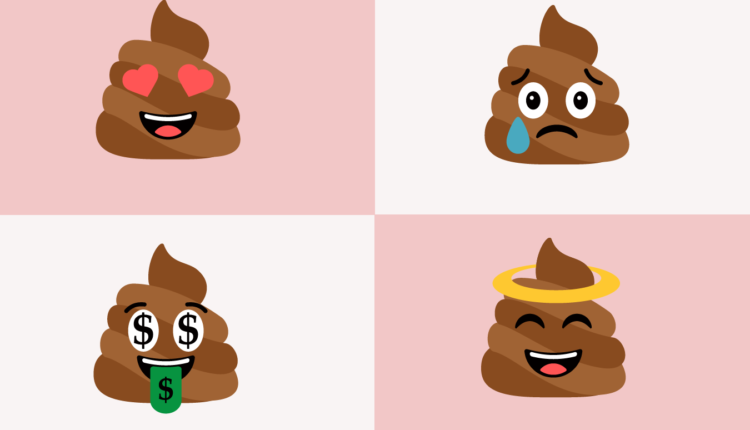 After Russell Jordan sent a stool sample through the mail to the microbiome company Viome, his idea of what he should eat shifted. The gym owner in Sacramento, California, had always consumed large quantities of leafy greens. But the results from the test — which sequenced and analyzed the microbes in a pea-sized stool sample — recommended he steer clear of spinach, kale and broccoli.

“Things I’ve been eating for the better part of 30 years,” said Jordan, 31. “And it worked.” Soon, his mild indigestion subsided. He recommended the product to his girlfriend.

She took the test in late February, when the company — which sells its “Gut Intelligence” test for $129 and a more extensive “Health Intelligence” test, which requires a blood sample, for $199 — began experiencing hiccups. Viome had promised results within four weeks once the sample arrived at a testing facility, but Jordan said his girlfriend has been waiting more than five months and has submitted fresh blood and stool samples — twice.

Other Viome customers have flocked to social media to complain about similar problems: stool samples lost in the mail, months-long waits with no communication from the company, samples being rejected because of shipping or lab processing snafus. (I, too, have a stool sample lost in transit, which I mailed after a first vial was rejected because it “leaked.”) The company’s CEO, Naveen Jain, took to Facebook to apologize in late July.

Viome’s troubles provide a cautionary tale for consumers in the wild west of microbiome startups, which have been alternately hailed for health breakthroughs and indicted for fraud.

The nascent industry offers individualized diet regimens based on analyzing gut bacteria — collectively known as the gut microbiome. Consumers pay hundreds of dollars for tests not covered by insurance, hoping to get answers to health problems ranging from irritable bowel syndrome to obesity.

Venture capitalists pumped $1 billion into these kinds of startups from 2015 to 2020, according to Crunchbase, buoyed by promising research and consumers’ embrace of at-home testing. PitchBook has identified more than a dozen direct-to-consumer gut health providers.

But not all the startups are equal. Some are supported by peer-reviewed studies. Others are peddling murky science — and not just because poop samples are getting lost in the mail.

“A lot of companies are interested in the space, but they don’t have the research to show that it’s actually working,” said Christopher Lynch, acting director of the National Institutes of Health Office of Nutrition. “And the research is really expensive.”

With nearly $160 million in government funding, the NIH Common Fund’s Nutrition for Precision Health research program, expected to launch by early next year, seeks to enroll 1 million people to study the interactions among diet, the microbiome, genes, metabolism and other factors.

The gut microbiome is a complex community of trillions of bacteria. Research over the past 15 years has determined that these microbes, both good and bad, are an integral part of human biology, and that altering a person’s gut microbes can fundamentally change their metabolism, immune function — and, potentially, cure diseases, explained Justin Sonnenburg, a microbiology and immunology associate professor at Stanford University.

Metagenomic sequencing, which identifies the unique set of bugs in someone’s gut (similar to what 23andMe does with its saliva test), has also improved dramatically, making the process cheaper for companies to reproduce.

“It’s seen as one of the exciting areas of precision health,” said Sonnenburg, who recently co-authored a study that found a fermented food diet increases microbiome diversity — which is considered positive — and reduces markers of inflammation. That includes foods like yogurt, kefir and kimchi.

San Francisco-based uBiome, founded in 2012, was one of the first to offer fecal sample testing.

But as uBiome began marketing its tests as “clinical” — and seeking reimbursement from insurers for up to nearly $3,000 — its business tactics came under scrutiny. The company was raided by the FBI and later filed for bankruptcy. Earlier this year, its co-founders were indicted for defrauding insurers into paying for tests that “were not validated and not medically necessary” in order to please investors, the Department of Justice alleges.

But for Tim Spector, a professor of genetic epidemiology at King’s College London and co-founder of the startup Zoe, being associated with uBiome is insulting.

Zoe has spent more than two years conducting trials, which have included dietary assessments, standardized meals, testing glycemic responses and gut microbiome profiling on thousands of participants. In January, the findings were published in Nature Medicine. 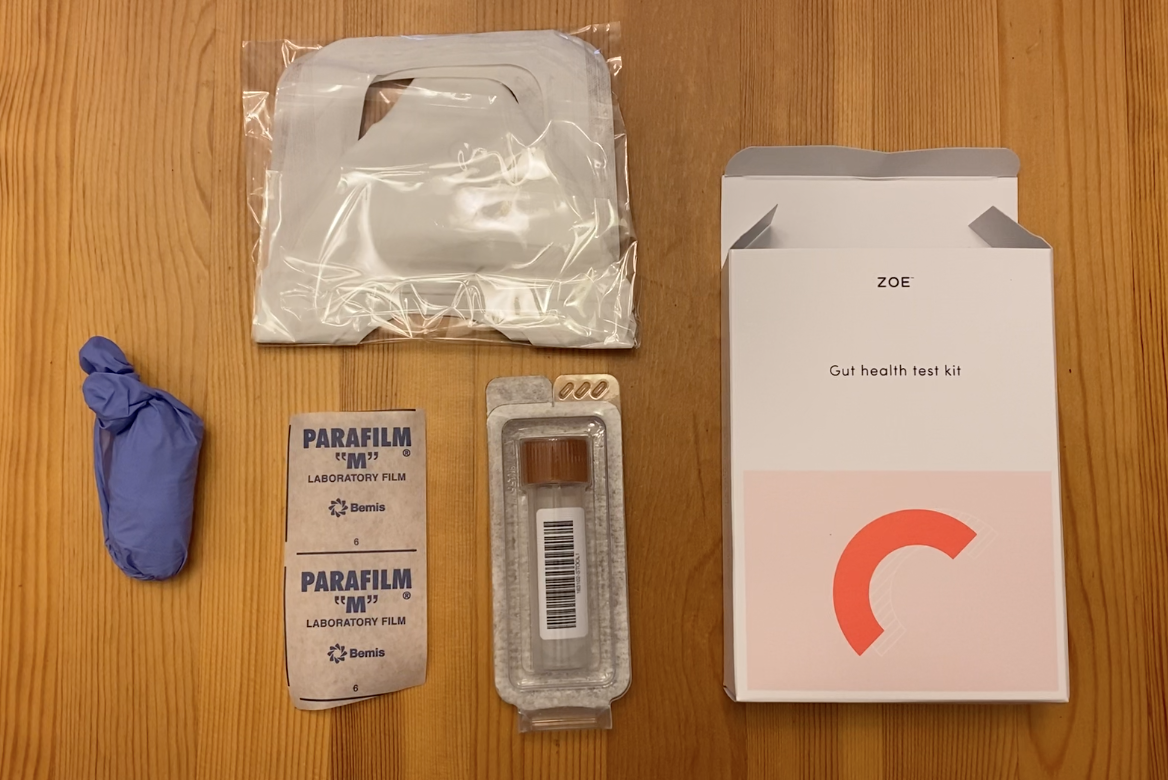 These are the components for collecting and sending a stool sample to Zoe for analysis. (Hannah Norman/KHN) 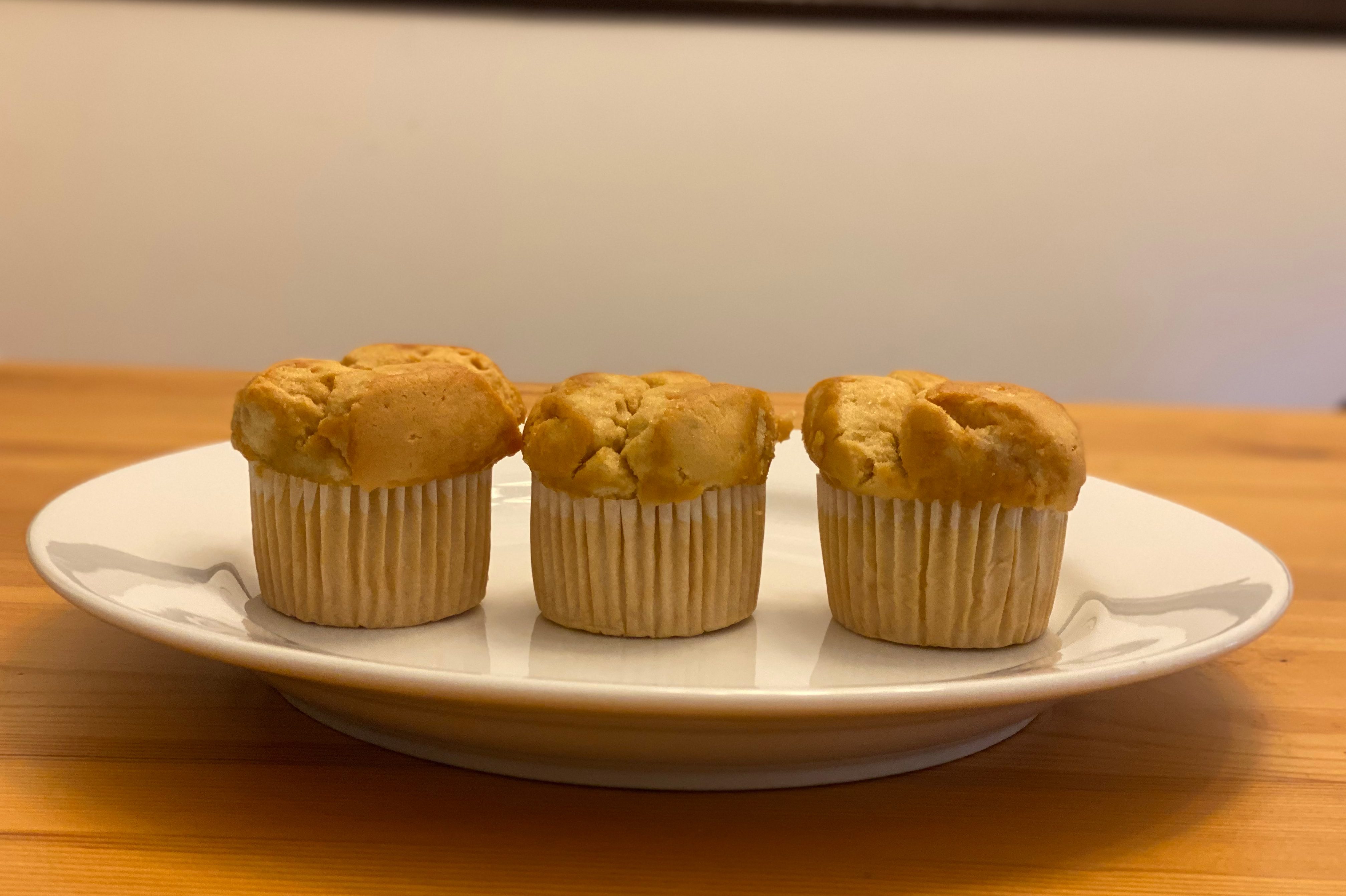 Zoe asks customers to eat prepackaged muffins that include a precise amount of calories, carbohydrates, fat and protein to test how their blood fat and sugar respond. (Hannah Norman/KHN) 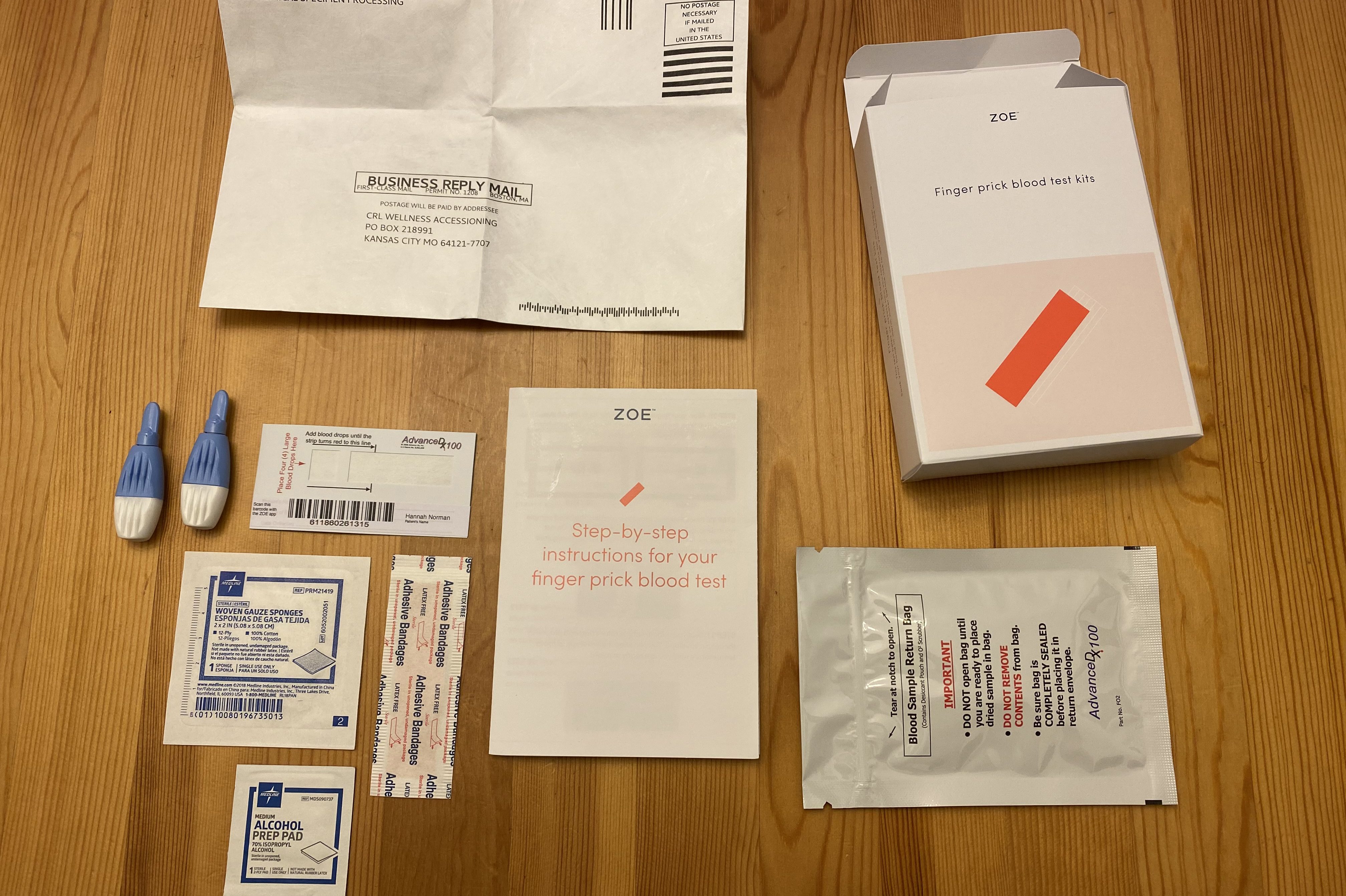 The company offers a $354 test that requires a stool sample, a completed questionnaire, and then a blood sample after eating muffins designed to test blood fat and sugar levels. Customers can also opt in to a two-week, continuous glucose monitoring test.

The results are run through the company’s algorithm to create a customized library of foods and meals — and how customers are likely to respond to those foods. 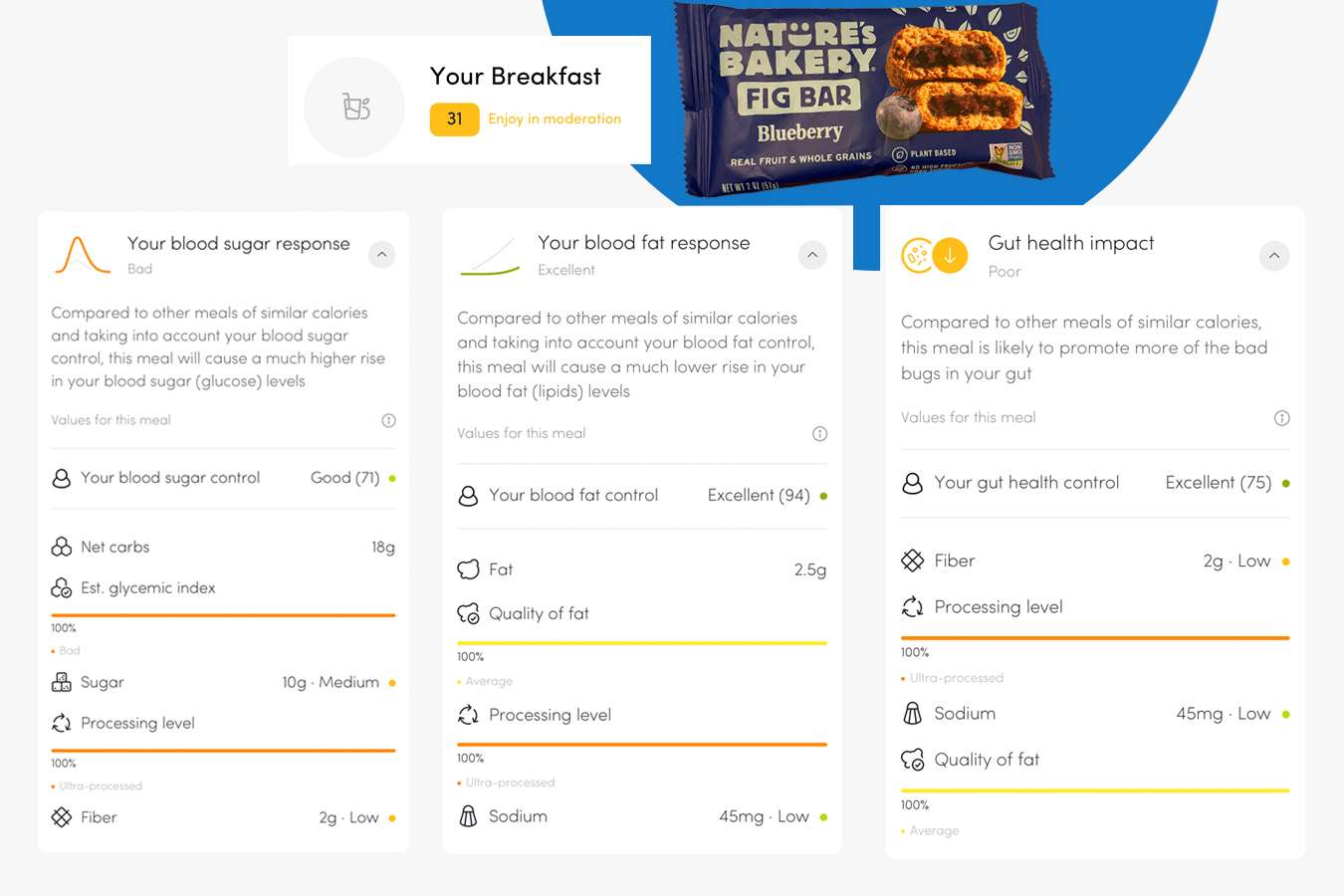 Screenshots from Zoe’s app show how my gut health and blood sugar and fat levels may react to eating my breakfast one day, a Nature’s Bakery Fig Bar. The 1-to-100 scale is based on the company’s analysis of my stool and blood tests. (Hannah Norman / KHN)

DayTwo, a Walnut Creek, California, company that recently raised $37 million to expand its precision nutrition program, focuses on people with prediabetes or diabetes. It sells to large employers — and, soon, to health insurance plans — rather than directly to consumers, charging “a few thousand dollars” per person, said Dr. Jan Berger, chief clinical strategist.

Based on a decade of research, DayTwo has worked with nearly 75,000 people. It sends participants a testing kit and survey, and arranges for them to chat with a dietitian while their stool sample is processing. Then, when the results come in, it makes recommendations, Berger said.

“I can still eat two scoops of ice cream, but I need to add walnuts in it to regulate my blood sugar,” she offered as an example.

Viome says it has tested more than 200,000 customers and has published its methodology for analyzing stool samples, which is different from other gut health companies. But the paper does not address Viome’s larger claims of connecting the microbiome to dietary advice, and researcher Elisabeth Bik called the claims “far-fetched” in a 2019 review of the preprint version.

Viome makes additional money by selling supplements, probiotics and prebiotics based on consumers’ test results. It has also rebranded as Viome Life Sciences, expanding into precision diagnostics and therapeutics, such as saliva tests to detect throat cancer. Meanwhile, its gut health program has been mired in logistical missteps.

One customer who posted on Facebook tracked her sample through the U.S. Postal Service as it boomeranged between Los Alamos, New Mexico, and Bothell, Washington, where it was supposed to be picked up. Another fought for a refund after waiting six weeks to hear her sample was not viable and learning a second attempt had expired after spending too long in transit. The company’s expected lab processing time jumped from four weeks in February, when Jordan said his girlfriend took her first test, to six in summer. (Three weeks after I mailed my second sample in July, it still hadn’t made it to the lab, so I called it quits and asked for a refund.)

In CEO Jain’s July apology posted to the private Facebook group for Viome users, he said the company recently moved its lab from New Mexico to Washington state, close to its headquarters, which prompted a mail-forwarding fiasco. It bought new robotics that “refused to cooperate,” he wrote. “Many things didn’t go as planned during the move.”

Spokesperson Kendall Donohue said Viome has been working on the problems but laid much of the blame on the Postal Service.

She also said Viome has been notifying customers — even though many (including myself) had not been contacted.

It is Viome’s “top priority right now to ensure complete customer satisfaction, but unfortunately USPS needs to sort the issue internally for further action to be taken,” she said.

She also offered me a free “Health Intelligence” test. I declined.

From Uber Vouchers to Patient Advocates: What It Takes to Increase ER Addiction Treatment