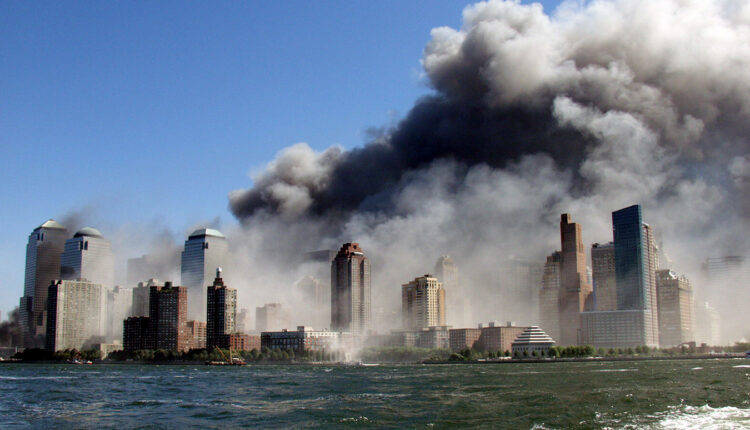 Tammy Kaminski can still recall the taste of benzene, a carcinogenic byproduct of burning jet fuel. For nine months after the 9/11 attacks, she volunteered for eight hours every Saturday at St. Paul’s Chapel, just around the corner from ground zero in New York City. She breathed in cancer-causing toxic substances, like fuel fumes and asbestos, from the smoke that lingered and the ash that blanketed the pop-up clinic where first responders could grab a meal, take a nap or get medical care.

But in 2015, when Kaminski, a chiropractor who lives in West Caldwell, New Jersey, was diagnosed with uterine cancer, she didn’t get the same help that other volunteers did. Although Kaminski, 61, and her doctors believe the cancer is linked to her time volunteering after 9/11, the federal health insurance and monitoring program would not cover her treatments for endometrial cancer — or those of anyone exposed to toxic substances from the attacks who then developed that form of uterine cancer.

That could change soon. In November, an advisory committee unanimously approved a recommendation to add uterine cancer to the list of diseases covered by the program for first responders and people who were in the vicinity of the terrorist attacks. It’s the fourth-most-common cancer among women. But, according to the advisory committee, it’s the only cancer the program doesn’t cover. The program’s administrator is expected to make a final ruling by mid-2022.

The hormone-related cancer can develop after someone is exposed to the kind of endocrine-disrupting chemicals, including benzene, that were found in the dust that lingered in Lower Manhattan for months after the 9/11 attacks. Such chemicals are disproportionately harmful to women, according to the American College of Obstetricians and Gynecologists.

The World Trade Center Health Program determines which conditions it will cover primarily using longitudinal data from patients in its registry. Enrollees do not have to prove their medical conditions were caused by the attacks and the aftermath; instead, the program studies which conditions are most prevalent among the members.

But that creates a math problem: Although the Centers for Disease Control and Prevention estimates that at least 500,000 people were exposed to toxic substances from the attacks, women make up only 22% of the program’s 109,500 enrollees.

Most of those registered were first responders, a field dominated by men. Although the people who were in and around ground zero, including residents, students and office workers, represent a larger portion of the total number of people directly affected by 9/11 than first responders, they are vastly underrepresented in the program for both treatment and data collection. Called “survivors” by the program, they make up just 28% of enrollees.

It can never be proved that Kaminski’s cancer originated from that exposure on her volunteer shifts. But advocates and experts who have urged that uterine cancer be included in the program say not enough women are enrolled in it for data to be collected on hormonally driven health conditions of women in general or for their potential correlation to 9/11.

“They didn’t collect data on uterine cancer because they couldn’t,” Kaminski said. “How can you say there’s no data when you didn’t record it?”

Dr. Iris Udasin, medical director of Rutgers University’s chapter of the World Trade Center Health Program, said the exclusion does not necessarily suggest that women’s health wasn’t prioritized. She said it was more a side effect of how cancers were added to the list — individually, based on the predominantly male group of first responders who were originally tracked for health conditions.

But she’s been pushing for it to be covered based on new evidence that endocrine-disrupting chemicals increase the risk of hormone-related tumors, including uterine cancer.

“This cancer that fell through the cracks can now be covered,” Udasin said. “At least, I hope that’s what will happen.”

According to Kamath, three broad groups of cancers are generally given short shrift: gastrointestinal, such as stomach and pancreas cancers; genitourinary, such as adrenal and prostate cancer; and gynecological, such as uterine cancer. “And uterine, honestly, is probably among the lowest, from the data that I’ve found,” he said.

The lack of funding, Kamath said, stems partly from the stigma attached to what many patients see as “down-there cancers.” Even some physicians denigrate early diagnosis because of uterine cancer’s relatively high survival rate and minimize discussing or prioritizing such cancers. But Kamath’s research shows little correlation among cancer incidence, its death rate and the amount of funding cancers receive. And once a cancer is on the funder-and-donor track, it tends to dominate marketing, messaging and even clinical trial attention.

Nearly 70,000 women are diagnosed with uterine cancer each year, and rates have been rising over the past two decades. The survival rate is relatively high compared with other cancers, Kamath said, but drops off steeply with late diagnosis.

That can cause a false sense of security among general practitioners, who might not act aggressively at the first signs of symptoms. “But, obviously, that’s not the right way to think about it. Really we should be getting to the diagnosis as fast as possible,” Kamath said. “It’s really key, maybe more so than other diseases, that we catch this at a highly curable stage.”

It’s a nasty cycle in the World Trade Center Health Program too, said Kimberly Flynn, who leads several health advocacy groups for people who lived and worked around ground zero. She’s seen the lack of research lead to a lack of longitudinal data, which in turn has been used to justify excluding uterine cancer from the program.

When the federal committee agreed to consider adding it, Flynn hit the pavement with her two- decades-strong contact list to identify survivors and first responders who had been diagnosed with uterine cancer but had been denied coverage. Of the eight cases she found, four were on the program’s radar. One of the eight people has since died of uterine cancer.

Kaminski’s cancer is in remission after a hysterectomy and chemotherapy.