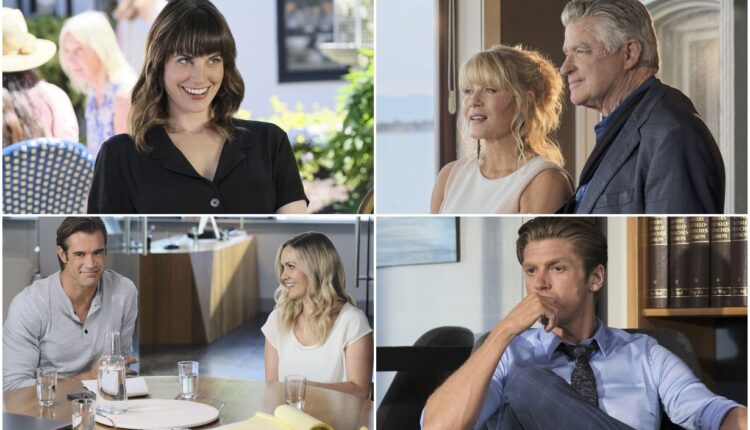 Summer wouldn’t be the same for Chessies without the O’Briens.

On Sunday, October 17th, the Hallmark Channel aired the finale of the fifth season of its summer series Chesapeake Shores, leaving fans with a bloody cliffhanger. While last season was so different from the others before, with the departure of Jesse Metcalfe as Trace – one of the show’s most popular characters – we had way too many open endings for fans to want more.

As fans, we were disappointed ourselves when things fell apart with Abby and Trace. After he left the Shores it was hard to support them with anyone else – but we did. Not only did we get to see her with Jay, Evan was a big contender too. Abby ignored caution and decided to give one of them a chance, but which one? We have to know!

Then Luke and Bree got back together after all these years. Now that his legal issues are in order, the characters are ready to tell the love story of their lives. So yeah, we wanna watch them fall in love

And what about the scandal surrounding David’s father? He wouldn’t be the first rich guy to empty his accounts and run into the mountains in the midst of an investigation, but we wonder if there’s more to the story, especially after that emotional phone call to his son. Please, Hallmark, don’t let us down.

Speaking of races for the mountains … Megan and Mick had just reunited and planned a trip around the world … then boom! She told Mick that she had been offered a position at a museum in California – her dream job – for a year. If she took it, they’d have six months to spend together before she left, but Mick couldn’t get over the fact that it looked like she was leaving him and her family one more time. Will she take the job?

We also need to know … will Connor be okay? The season’s cliffhanger left viewers in shock when Connor collapsed to the ground after an apparent heart attack, while Margaret and his family watched in horror. We know he’s been in a lot of stress lately, but could anything else happen? Most importantly, will he survive?

Which storyline would you most like to unfold? Let us know your thoughts in the comment section and be sure to support the show by reaching out to the network via Hallmarks Twitter to let them know why you want the O’Briens on your TV screens again next summer. Then check out the photo gallery below where we relive some of our favorite moments from last season.