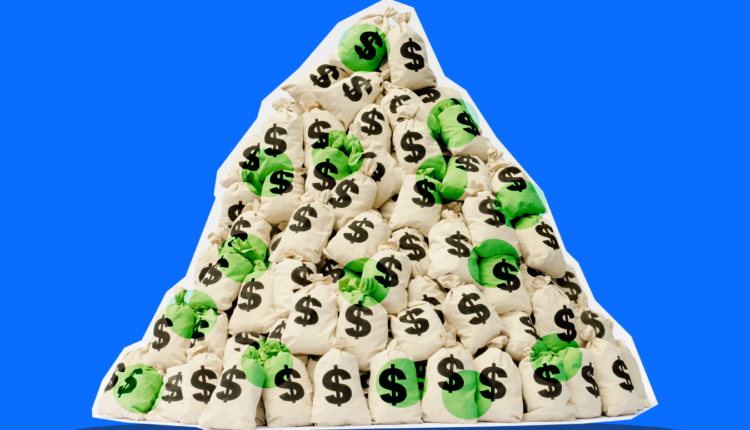 Duluth, Minnesota, is hiring a social worker to help people with addiction and mental health problems.

These are among the thousands of ways cities and counties have started spending the first tranche of covid relief money from the American Rescue Plan Act passed by Congress in March.

That economic rescue package provides $130 billion to cities and counties — with few restrictions on how the money can be spent. For many, it was their first economic relief directly received from the federal government.

States received $195 billion from ARPA. They had gotten other stimulus funding in earlier relief packages, including the CARES Act last year.

The infusion of dollars to cities and counties is intended to aid residents and businesses hurt by the covid-19 pandemic, invest in long-term projects or supplement budgets hit by a drop in tax revenue caused by shutdown restrictions and economic slowdowns.

Half the money was made available in May and the rest will be available next year. The localities have until 2026 to spend it.

Other than that, local governments can spend the money virtually as they will. Many cities, such as Buffalo, New York and Houston, are initially classifying large chunks of the allocation as “revenue replacement,” meaning they will use the funds to make up for shortfalls over what would have been expected if the pandemic had not occurred. This gives them the most flexibility, according to a Brookings Institution report.

Many jurisdictions, including West Palm Beach, Florida, and Livonia, Minnesota, have allocated some ARPA money for employee bonuses.

Chautauqua County, New York, approved nearly $95,000 for handguns and bulletproof vests for its sheriff’s office. The county, which averages 120 inches of snow a year, also approved $480,000 for two snowplows/dump trucks and $810,000 for a snowblower.

Dubois County, Indiana, is using $350,000 of its $8 million to add campsites and a bathroom and make other improvements to a county park.

ARPA — a $1.9 trillion package that in addition to the relief money for localities included funding for covid testing, unemployment benefits, child tax credits and a host of other programs — was a top priority of President Joe Biden and congressional Democrats after they took control in Washington earlier this year. The law was passed without support from Republicans, who argued that earlier covid relief funding had not been fully spent and its effects were still being realized.

The echoes of that argument are still reverberating on Capitol Hill as Republicans fight Democrats on their plans to expand spending for social programs such as Medicare and Medicaid and climate change.

The CARES Act provided money to 160 of the country’s largest 1,300 counties, but ARPA money goes to all 3,000-plus counties, said Eryn Hurley, deputy director of government affairs for the National Association of Counties. “This money is very vital,” she said, noting how the pandemic and economic downturn cost counties billions in revenue. “Counties are working hard to invest these funds as fast as possible for their communities and residents,” she said.

Alan Berube, a senior fellow at the Brookings Institution who is tracking the relief dollars, said this is the first new massive grant funding program to city and counties in nearly 50 years with such flexible spending requirements. Most local governments, he added, are still trying to figure out how to spend the cash.

“You have to use this money to address the impact of the pandemic or an underlying condition in the community exacerbated by the pandemic, Berube said.

Some cities, including Seattle and Austin, Texas, are using the money to build affordable housing and programs to deal with the rise in the homeless population.

Berube said the Treasury Department may question whether Palm Beach Gardens, a largely upscale city just north of West Palm Beach, can use $2 million of its $2.9 million ARPA money to help build a golf course.

“That is a very aggressive reading of the regulation,” he said.

Palm Beach Gardens officials defend the spending as “an investment in our community.” Candice Temple, a city spokesperson, noted the money will go to develop the 115-acre site, which will include a par-3 golf course, clubhouse and bike paths. The total cost of the project is $16.8 million, with the rest of the money coming from a bond financing. The city plans to hire seven people to work at the course.

Pueblo, Colorado, Mayor Nicholas Gradisar said his city was grateful for the money even though sales tax revenue rose 3% last year and is up 30% in 2021. He credits the increase to the federal stimulus checks residents received and used to shop and eat out.

“All in all, it could have been a lot worse,” Gradisar said.

His city used some of its ARPA funding to give its employees a $500 incentive payment for getting vaccinated. The money helped improve the vaccination rate from 43% in early August to about 66% when the program ended Sept. 15.

“Obviously, we were pleased more people signed up, but we still have a ways to go,” Gradisar said.

Pueblo will also use some of the ARPA funding to address homelessness and lack of child care, he said.

The city put $500,000 into a summer reading program that rewards children with $100 for completing their assignments and targeted $376,000 for mental health specialists to work with the police. It’s also paying people at a homeless shelter to clean city streets. So far, Pueblo has committed $2.3 million of the $18 million in ARPA money it expects to receive.

Martin Brown, a program manager for the National League of Cities, said city officials have been contacting the organization to ask how they can use the money. “For the $65 billion in revenue, there’s probably 65 billion ways to spend it,” he said.

KHN’s ‘What the Health?’: Abortion Politics Front and Center