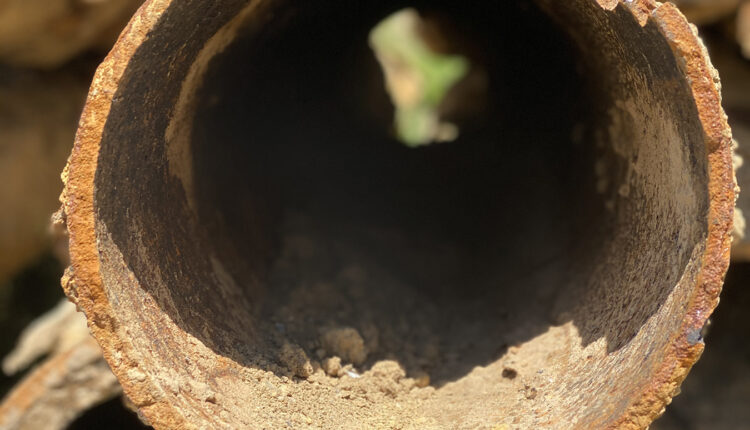 HOUSTON — No one knows exactly how many lead pipes deliver water to homes, schools and businesses throughout America — or even where they all are. The Environmental Protection Agency estimates at least 6 million lead service lines exist. Environmental groups say it’s probably many more.

What is known is that with every pot of boiling sweet potatoes, bottle of reconstituted baby formula or sip of tap water delivered through lead pipes, millions of Americans risk ingesting lead, a powerful neurotoxin long known to cause irreversible organ and cognitive damage in children and adults.

“As a starting point, we don’t even fully know the extent of all this, even though because of situations like Flint and other places, we know it’s real,” said Joseph Kane, a fellow at the Brookings Institution who focuses on infrastructure.

Now, he and other experts say, the nation can finally start to make a dent in the problem. The bipartisan infrastructure bill that Congress approved Friday calls for allocating $15 billion for lead pipe remediation. An additional $9 billion to help with lead reduction in disadvantaged communities and $970 million for rural water and waste-water programs, including lead remediation, are still on the table as part of the pending reconciliation spending bill to fund President Joe Biden’s social and climate agenda.

While some say the infrastructure bill is not enough — industry experts and environmental advocates estimate the actual cost of fully replacing lead pipes could be $60 billion — others believe the infrastructure package will bring significant change.

“Is this better than nothing? Absolutely, 100%,” said Scott Berry, director of policy and government affairs at the US Water Alliance, a nonprofit focused on sustainable water policies. “This is going to be transformative for some communities.”

The lead-poisoned water in Flint, Michigan, elevated the issue of lead pipes to national attention in 2015. But some places, such as Houston’s Fifth Ward neighborhood that is saddled with other environmental hazards amid aging homes, are just beginning to track the plumbing contamination.

Lead service lines were banned nationwide in 1986, but fixing this largely underground problem has been taking longer than community and environmental advocates would like.

Earlier this month, before the infrastructure bill passed, the EPA ordered the city of Benton Harbor, Michigan, to take “immediate action” to improve its drinking water system after several years of inaction on high lead levels. Illinois recently established a 50-year timeline to replace all lead service lines, including in Chicago, which has the most of any U.S. city with an estimated 400,000 lines.

After the Flint water crisis, officials with Greater Cincinnati Water Works developed a plan to remove lead pipes; the city provided financial assistance to property owners for their share of the project. When fewer owners than expected signed up, city leaders agreed to cover the full cost, said Jeff Swertfeger, superintendent of water quality. Officials hoped to complete the project in 15 years — until the bill passed.

“That will allow us to do it more quickly,” Swertfeger said, if his city gets some of the money.

The EPA said in 2012 that there is no safe level of lead exposure. However, rules governing allowable levels in drinking water have been largely unchanged since 1991, said Adrienne Katner, an associate professor of environmental and occupational health at Louisiana State University.

Katner said when blood lead levels fell following bans on lead in paint and gas, many Americans — including medical professionals — thought the problem of lead poisoning was largely solved. She said that mindset has continued to this day.

“But the lead story isn’t over,” Katner said. “Because we’ve created cities that are pretty much hazardous waste sites now because of the amount of lead we put in the environment.”

Lead-based paint and lead-contaminated dust continue to be primary sources of lead exposure, but the reality is that lead in water poisons children and adults at troubling rates. The EPA estimates that, for the general public, drinking water can account for 20% or more of lead exposure. Infants who drink reconstituted formula can receive up to 60% of their lead exposure from the water.

“Lead pipes are unpredictable,” said Tom Neltner, chemicals policy director at the Environmental Defense Fund, a science-based environmental advocacy organization. “One day they can be low and later really high. It may be flow, water chemistry, temperature or something else. That is what makes them particularly hard to manage safely — and why replacing them is so important.”

Lead accumulates in the body over time. It is known to cause organ damage and reduce impulse control, IQ and cognitive abilities in children. It can cause fertility issues. For those who are calcium-deficient while pregnant, it can leach from the bones and cross the placental barrier, exposing the fetus to lead. In adults, it can cause liver damage and cardiovascular disease.

While lead-contaminated water can affect all populations, low-income and minority communities are hit the hardest, Katner said. Many of those communities exist in older, more industrialized and more polluted areas in any given city, where residents are less likely to have the financial resources or political clout to get lead pipes removed.

“There are many communities of color, Black and brown communities specifically, that because of policies that have resulted in segregation and environmental racism, are cumulatively disadvantaged,” said Grace Tee Lewis, a senior health scientist with the Environmental Defense Fund.

The Rev. James Caldwell formed the nonprofit Coalition of Community Organizations to help residents there tackle health, environmental, economic and social issues. In 2019, the Houston Health Department gave Caldwell’s group a map identifying homes and businesses with potential lead-based paint contamination. Because those homes were likely built before 1978, the year lead paint was banned nationally, and aging infrastructure was already an issue, it seemed possible that lead service lines were delivering water to the area, too.

“We don’t know if we have people in our community bathing in lead water, drinking lead water, pouring the water in their plants, on their food — and they don’t know,” Caldwell said. “That’s a problem.”

The Coalition of Community Organizations created a working group of residents and experts to sample water, soil and dust for multiple particulates — including lead — from homes throughout the Fifth Ward. Leanne Fawkes, a doctoral candidate in Texas A&M University’s School of Public Health who is working on the project, said so far about 30% of water samples collected from 200 homes show elevated lead levels.

“I would just like more Houstonians to be aware that this was happening in their backyard,” she said.

The city’s Public Works department has been conducting a separate public survey to help determine locations throughout the city to target for water testing, said city spokesperson Erin Jones.

The Environmental Defense Fund’s Neltner said it’s imperative to raise awareness nationwide that these pipes and plumbing fixtures pose dangerous health concerns. Removing them will not eliminate the risk of lead-contaminated drinking water, but what potentially remains will be more easily managed with proper mitigation, he said.

Now that the infrastructure bill is approved, he said, the priority must be on ensuring low-income communities, where residents have the fewest resources to participate in fixing the problem, have access to the funds.

“If you’re drinking water through a lead straw, while that might be safe right this moment, the next moment it’s not,” Neltner said. “People need to be confident that their water is safe.”

Medicare Enrollment Blitz Doesn’t Include Options to Move Into Medigap