As Climate Worsens, Environmentalists Grapple With the Mental Toll of Activism 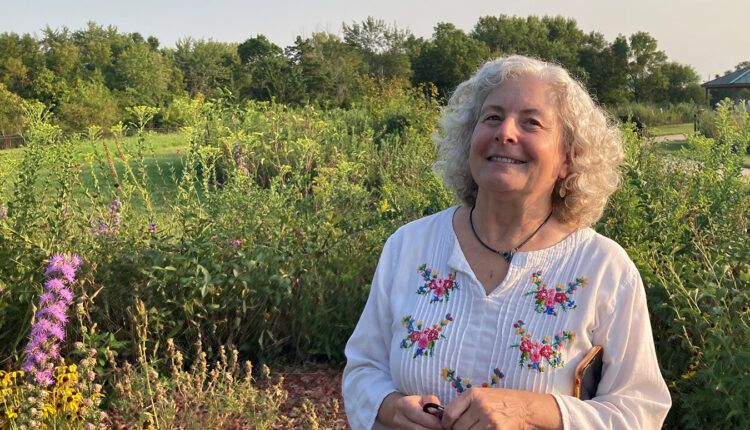 While growing up in the ’90s in Johnson County, Kansas, in a suburb of Kansas City, I had a friend, Kevin Aaron, who was a dedicated environmentalist.

To strangers, Kevin appeared to be a laid-back punk-rock music fan with a dry and slightly mischievous sense of humor, but those of us who knew him best saw his passion for sustainability blossom during high school.

In his barbecue-obsessed part of the country, he became the rare vegetarian, driven by witnessing large-scale meat production’s damage to the environment. As he grew into a young man, he eagerly researched and then adopted alternative practices — like driving a hybrid car — that he thought might reduce carbon emissions, if only by tiny measures.

Kevin Aaron of Overland Park, Kansas, dedicated himself to finding solutions for climate change years before its dramatic effects became widely apparent. During his graduate studies, Aaron grew overwhelmed by a sense of hopelessness about the climate and died by suicide in 2003, at age 27. (Sami Aaron)

In the early 2000s, Kevin was living in the Bay Area and preparing for a career in climate advocacy, enrolled in a master’s program in city and regional planning while studying for a law degree.

During his graduate studies, he became overwhelmed by a sense of hopelessness about the climate. He died by suicide in 2003, at age 27. Kevin had been living with a feeling that his efforts — combined with those of other environmental activists — just wouldn’t be enough to turn the tide on global warming. It added to the depression he was already struggling with, said his mother, Sami Aaron.

Environmental worries can motivate but also overwhelm people. Polling from September 2020 showed that more than half of adults in the U.S. were anxious about how climate change affects their mental health. And nearly 40% of surveyed Gen Z Americans, born after 1996, said addressing climate change is their top personal concern.

The loss of Kevin remains a shock for me, and for others who cared about him — especially his mother, who has become increasingly involved in environmental advocacy.

Aaron often turns to nature for comfort, and she picked a former Superfund site in Olathe, Kansas, that has been converted to a flower-filled sanctuary as the spot for us to talk about her son. She said that the more deeply Kevin became involved in environmental activism, the more his thinking about the future turned pessimistic — his mind and mood overtaken by despairing thoughts, like an invasive species.

“There was one little seed that was planted where he couldn’t then quit thinking about it,” she said.

After Kevin died, Aaron found some solace in yoga and meditation, but continued to see her grief as a private struggle — until a few years ago, when she met some environmentalists in the Flint Hills of Kansas who also struggled with mental health issues.

Aaron wanted to teach them the coping strategies she had learned after her son’s death, so she created a Kansas City-based nonprofit, the Resilient Activist. The organization’s website explains that Kevin’s death occurred “when eco-anxiety (fear about the ecology of the planet) and solastalgia (grief over loss of beloved places in nature) combined with his own inner demons and he took his own life.” The Resilient Activist offers mental health resources, community-building programs, consulting and other psychological resources for the environmental community. 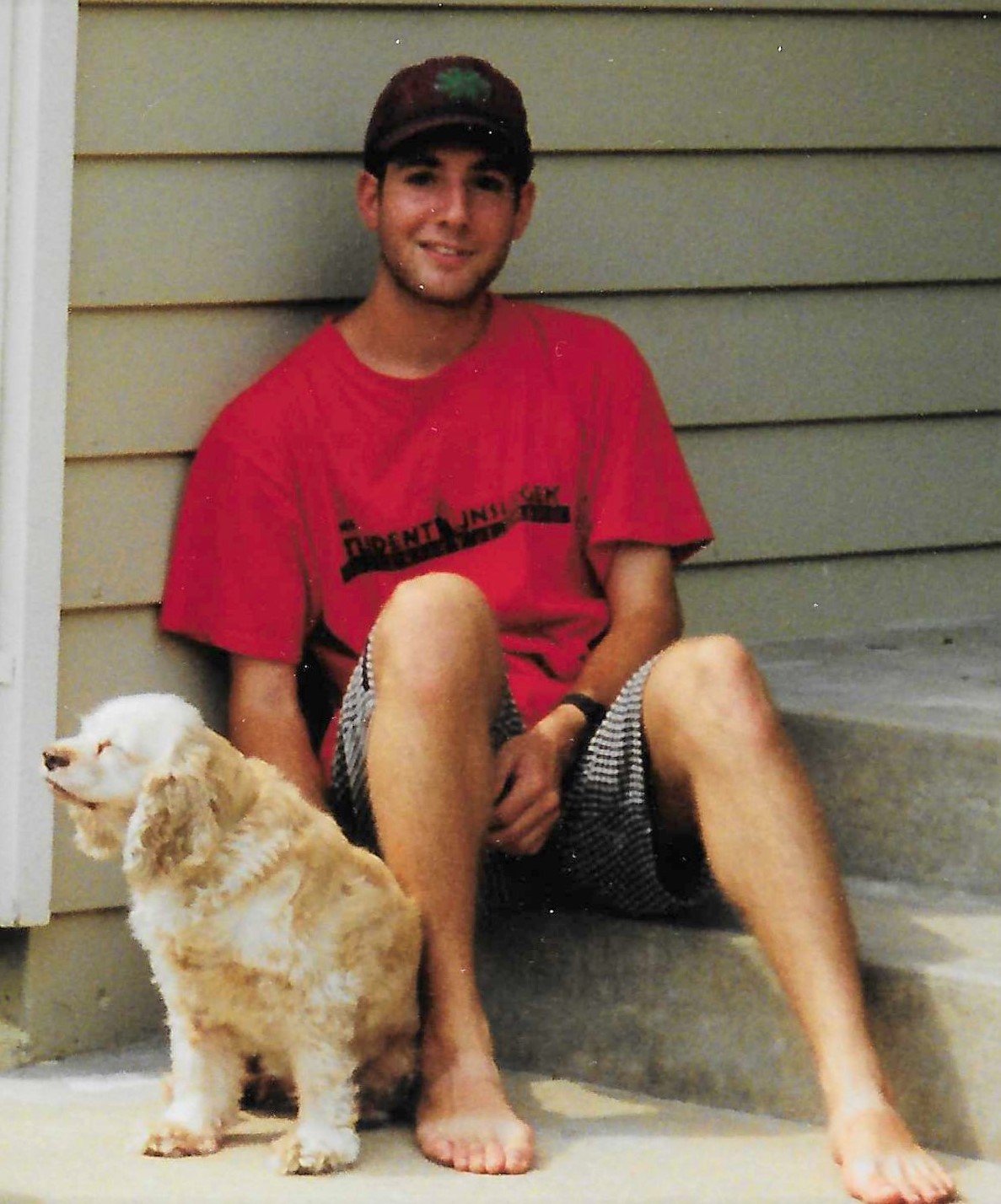 At 19, Kevin Aaron relaxes with the family’s dog, Sprite, at his childhood home in Overland Park, Kansas. His T-shirt reads “Student Insurgent,” the name of a campus group he led at the University of Oregon. (Sami Aaron)

“We need activists who have the resilience to see us through these difficult times,” Aaron said. “That’s what I wanted to give. It’s like, what would have helped him and others like him.”

In eastern Kansas, the college town of Lawrence is steeped in environmental activism and, on Aug. 31, dozens of protesters gathered before the start of a city meeting, chanting slogans and carrying signs: “Time Is Running Out!” As the evening rush-hour traffic roared past, activists demanded Lawrence leaders follow through on their sustainability pledges.

Many of the protesters were University of Kansas students, like undergraduate Marc Veloz. He moved to Lawrence from Texas, where he became concerned about how flooding was disproportionately affecting communities of color in Dallas. He said taking part in local activism helps get him through what he calls “dark days.”

“There are those days that I just have to lean on the little wins we’ve had to keep me going,” Veloz said. “Because I know that being in that space of despair and anger and sadness, it isn’t sustainable.”

Another student, Kai Hamilton, grew up in the Kansas farming town of Hesston. She recalled that even though her neighbors suffered droughts year after year, the words “climate change” were never said out loud.

“I have vivid memories of being alone in my room in high school and just being so overwhelmed and deeply sad about my lack of control over it and also the lack of action in the world,” Hamilton said. 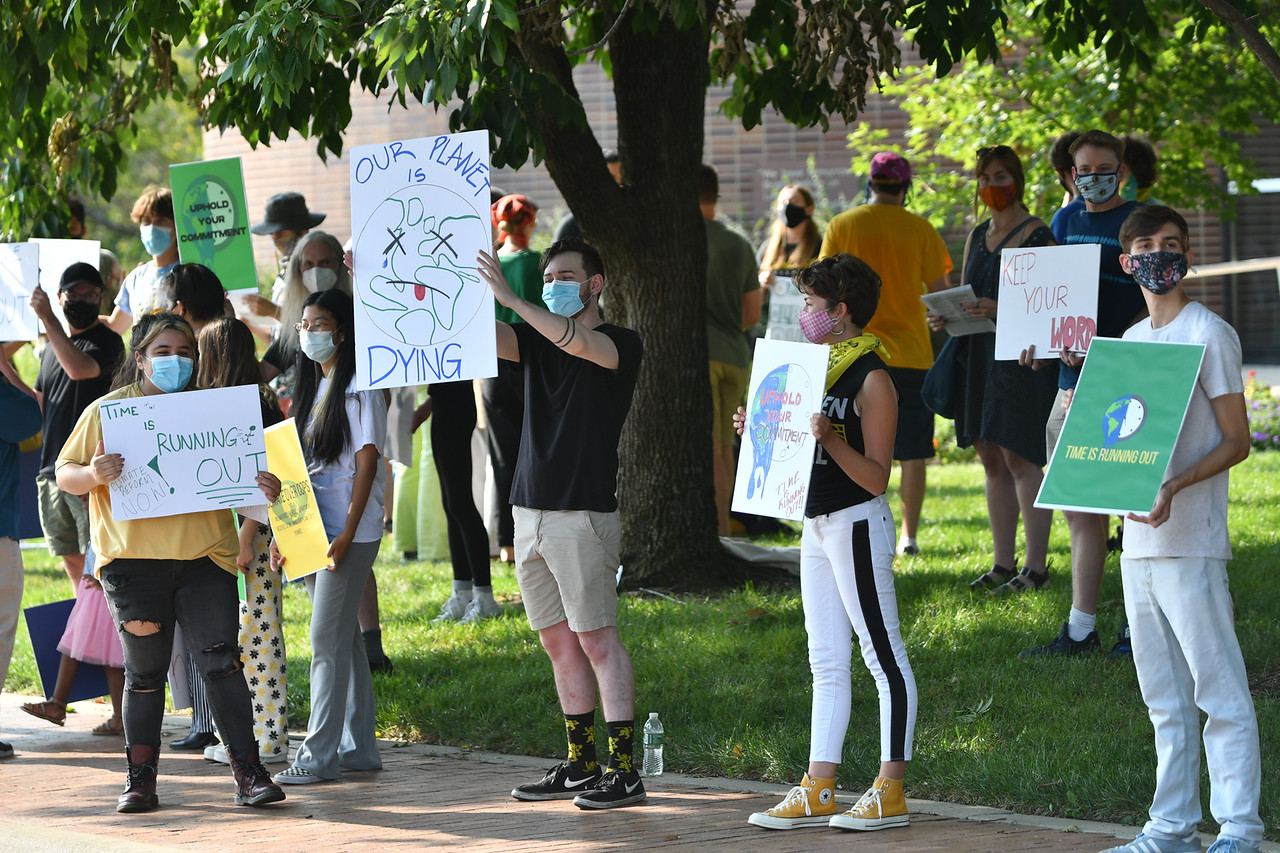 Young activists rallied in front of the Lawrence, Kansas, City Hall on Aug. 31, 2021 to urge city leaders to follow through on their commitment to sustainability. (Carlos Moreno / KCUR)

Another protester, Agustina Carvallo Vazquez, came to KU from Paraguay, where she said she witnessed destructive and exploitative agricultural practices. She planned to study economics and music but started focusing on environmental activism after she grew frustrated by the inaction she found in the United States.

Some amount of anxiety is a natural response to climate change, said Susan Clayton, a professor of psychology at the College of Wooster and a board member of the American Psychological Association. She said getting involved in activism or environmental groups can help relieve feelings of helplessness, but, paradoxically, advocacy carries the risk added stress — sometimes leading to a diagnosis of mental illness.

Clayton said that anxiety crosses the line to becoming a true concern when it causes activists to turn away or give up on the problem.

“We have to find that common ground, where we can accept that there are some really serious things going on, but it doesn’t lead us to despair,” Clayton said.

For decades, though, many environmentalists resisted prioritizing their own mental health.

In 2018, Greenpeace International signaled a shift when it launched a major study on why so many of its activists were working themselves past their healthy limits. Agustin Maggio, a campaign manager for Greenpeace, explains that many local volunteers and leaders had bought into a kind of “martyr culture.”

“Burning yourself out is almost like a badge of honor,” Maggio said.

Greenpeace and other leading environmental groups, including the Sierra Club, have begun urging volunteers and staff members to take breaks, unplug or even limit the scope of their activism for the sake of mental health.

Ward Lyles, an associate professor of urban planning at the University of Kansas and an environmental activist since the ’90s, said he has changed the way he talks with students about the climate. 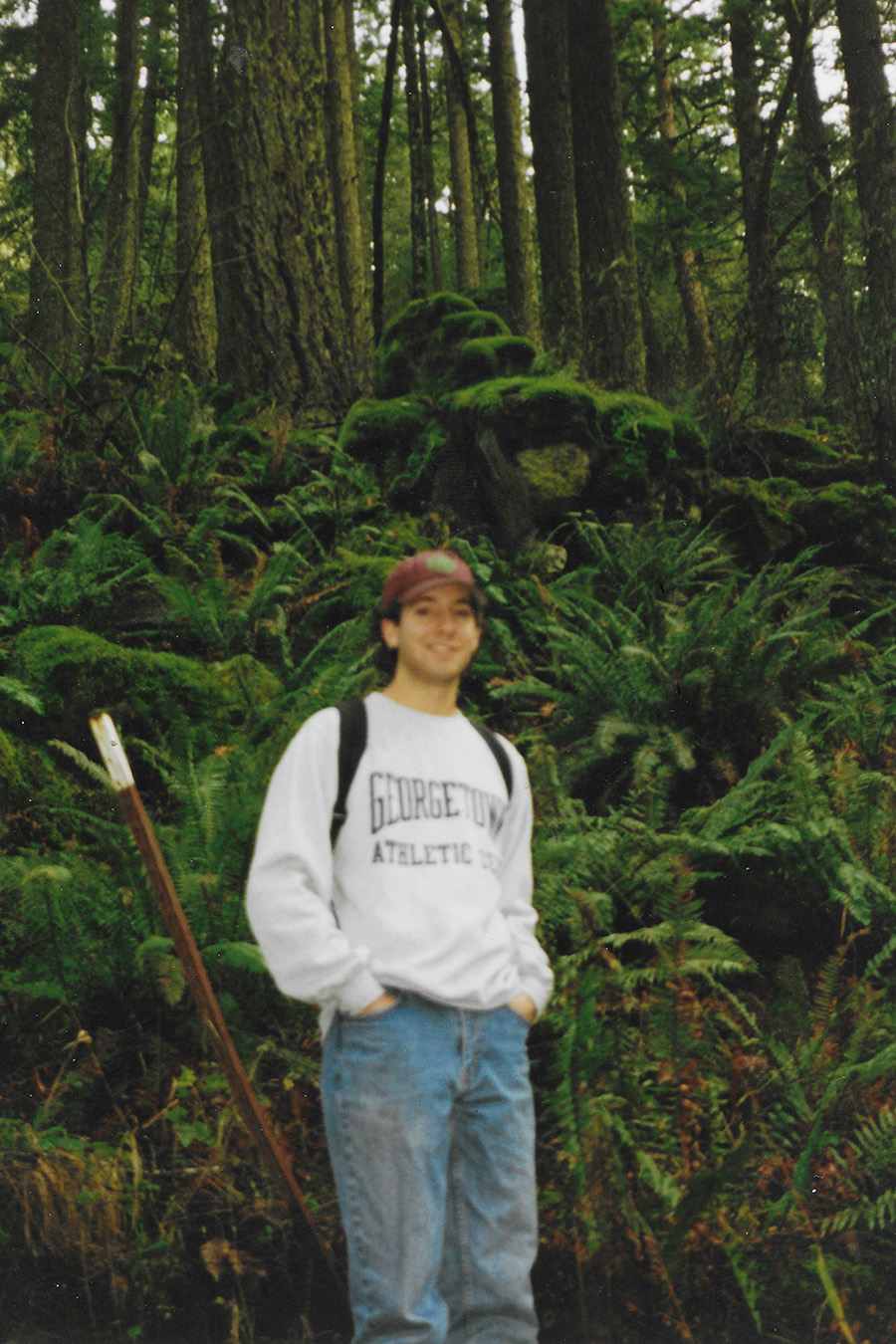 Kevin Aaron on a hike in the mid-’90s in Oregon, where he attended college as an undergrad. (Sami Aaron)

“When I first started, I thought it was my job to scare people into action,” Lyles said.

Now, Lyles said, he recognizes that students enter his classes already terrified about what’s happening to the planet — and desperate to do something about it. In class, Lyles welcomes discussions about environmental anxiety and grief, so that emerging activists understand they are not alone in having those feelings.

“In classes where you acknowledge this is hard — this is hard work to do, but we’re here to support each other — then it’s really amazing to watch students come together and talk about finding solutions,” Lyles said.

During the pandemic, Sami Aaron has been leading yoga and meditations to help activists relax and reduce narrow, negative thinking patterns that feed anxiety and depression. Reaching a sustainable future, Aaron explained, will require people to remain optimistic and open to new possibilities.

The goal is “to kind of shift you out of that fight-or-flight mode,” she said. “So that now you’re in a place where you have all different ways of thinking. You have all other options for what can happen and what you can do.”

This story is from a partnership that includes NPR, KCUR and KHN.